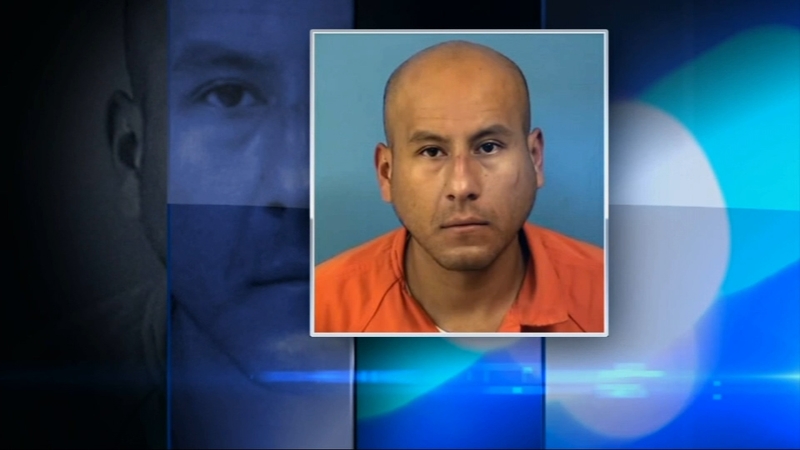 LOMBARD, Illinois -- A 7-Eleven clerk was charged with a hate crime Friday after a racist encounter with several customers, police said.

The incident began when three African-American men and one Hispanic man entered a 7-Eleven at about 10:30 p.m. Thursday where Basilo worked as a clerk, according to the DuPage County state's attorney.

Police said the customers, all in their late teens, never said anything to Basilo to instigate his yelling. They apparently decided to leave the store, prosecutors said.

Basilo followed them out of the store, continuing to yell racial slurs and armed with a long-bladed knife, prosecutors said. The men ran from the store, leaving their car in the parking lot, and Basilo allegedly slashed their tires.

The men called Lombard police, who were able to confirm their account by watching security footage from inside the store. They took Basilo into custody.

Basilo is being held on a $50,000 bond. Police said they still don't know what provoked the attack.

"Our investigation hasn't shown anything whatsoever that would have provoked him to behave in that manner," Grage said.

7-Eleven did not respond to a request for comment.