7-year-old who battled cancer remembered for her toughness, spirit 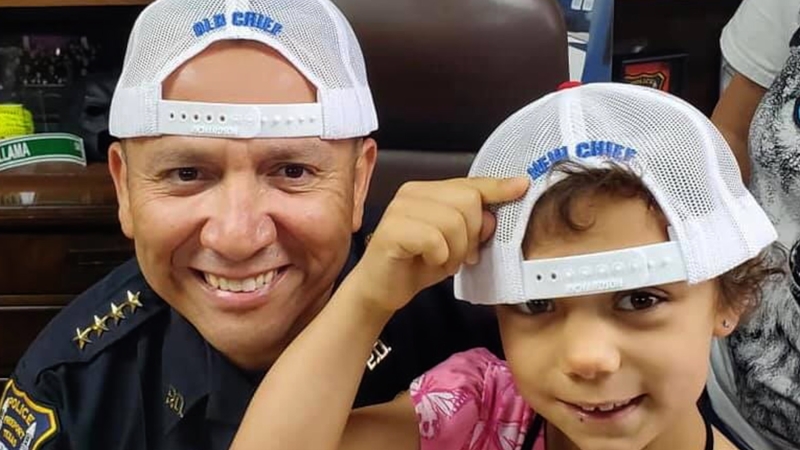 Abigail Arias touched the lives of thousands across the country with her courageous battle with an incurable form of cancer.

This past December, the Arias family met Freeport Police Chief Ray Garivey and they developed a special bond

Wanting to fulfill her wish, he reached out to an organization in Pearland, Texas called Cop Stop and asked for a custom Freeport, Texas police uniform made especially for Abigail.
Abigail was sworn in on Feb. 7, surrounded by loved ones and officers from several different agencies around Texas.

"Her spirit, her toughness, her will to survive, that's what (we believe in)," Garivey said.

Abigail passed away on Nov. 5, surrounded by her family and friends.

"Her love, compassion, and most importantly, her magnanimous spirit, will live on for generations to come," Chief Garivey wrote.