What life could look like after the COVID-19 vaccine 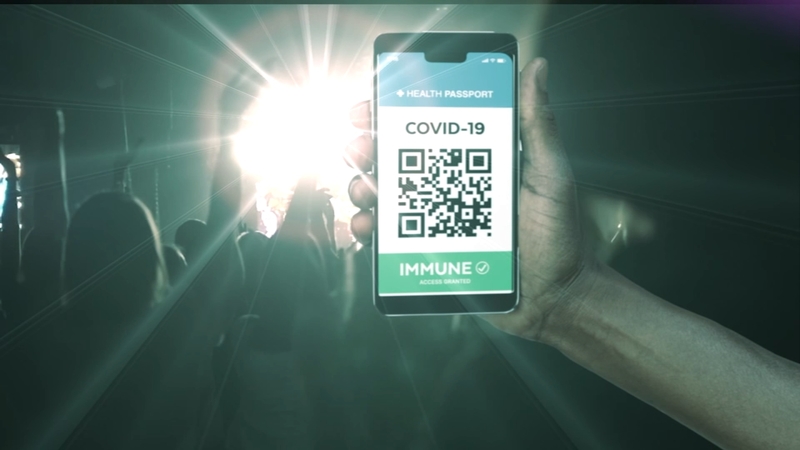 Reopening Houston: In-depth look at future in a wide-open city

HOUSTON, Texas (KTRK) -- For the past year some would say we've been living in a bubble, and now rock band Flaming Lips is performing in one. They tested out the "space bubble" back in 2004 not knowing that 16 years later it would take new shape.

"Pre-COVID days it was a way of crowd surfing. It was a way of getting closer to the crowd. It's funny how this space bubble and how we're doing it now is exactly the opposite. It's a way of staying away from the crowd," said Wayne Coyne of the Flaming Lips.

They tested out the concept over the fall in Oklahoma City and it was a hit. The band and the fans get their own bubble. It's a creative way to literally rock and roll.

Yes, it's nothing like you've ever seen before. The innovative "space bubble" has become a way for The Flaming Lips' to rock on safely during a global pandemic. How does it work? ABC13's Marla Carter explains.

From concerts in a bubble, to a socially distanced Houston Symphony, events are still happening but things are different now.
The GRB Convention Center has set up huge air filters and they've added a touchless pay system for big event.

One of the area's biggest events, the Houston Livestock Show and Rodeo has had to cancel twice now, but the Junior Livestock and Horse Show competitions are still happening. They are holding them as private events instead in front of judges.

"They're taking all these steps to still allow us to do what we love," said Carlie Guzzetta, Pearland ISD high school student, who was participating in the events.

"This is the United States. We will see all sorts of creative ways to try to keep the economy moving and keep businesses open," said Dr. James McDeavitt with Baylor College of Medicine.

As more people get vaccinated, McDeavitt has an idea of what the months ahead could look like.

"You'll see some companies start to advertise like the airlines, like service industries. Coffee shops and restaurants will start to advertise, 100 percent of our employees are vaccinated, to give the public the message this is a safe place to go," said McDeavitt.

In the meantime, tech companies are working on apps that could help you show if you're vaccinated or not, a so-called "vaccine passport." The idea is to open up travel. IBM has been working on an app too, called the Digital Health Pass. The company says it's a smart way to bring people back to work, school and stadiums in person. The concept involves identifying what criteria a venue or business wants people to meet to engage in an activity, whether that be a COVID test or the vaccine.

In theory that may sound good, but Dr. McDeavitt doesn't see that working.

"It's technologically challenging. It's difficult to verify the information, it's prone to forgery I think is an issue. And most importantly, there's such an overriding sense of privacy in the U.S.," he said.

In time, how we experience music, the rodeo and the time we share with those we love won't be limited to a bubble for too much longer.

"I think that they like the idea of contributing to the momentum of this thing being an optimistic symbol that we will make it," said Coyne.