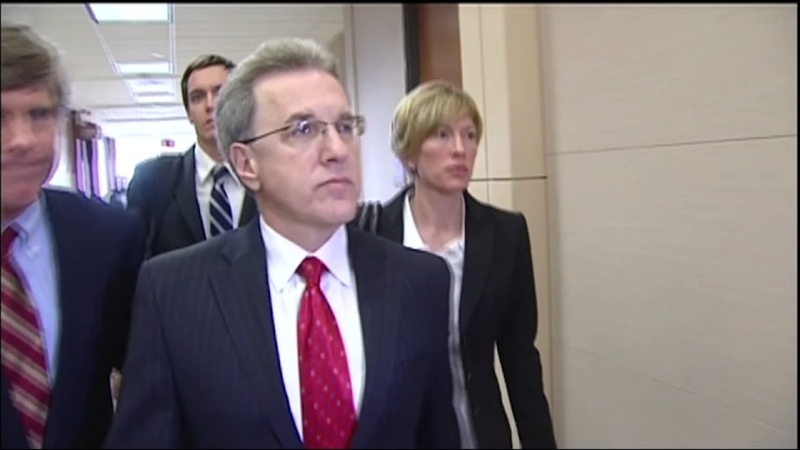 Lawyer once accused of hiring hitman back in spotlight

HOUSTON, Texas (KTRK) -- Prominent Houston plaintiff's attorney Jeffrey Stern is charged, along with four others, in an alleged case-running scheme that also allegedly included tax evasion and obstruction of justice.

These federal allegations come eight years after Stern made national headlines for allegedly trying to get his socialite wife, Yvonne Stern, killed. Prosecutors say three attempts were made to kill Yvonne Stern. The charges against Jeffrey Stern were eventually dropped because Yvonne stuck by her husband. Only Stern's then-mistress went to prison.

Prosecutors accuse Stern and his co-conspirators of enriching themselves by illegally recruiting clients through so-called "runners" and then paying them a kickback. Federal authorities also allege that the defendants filed false tax documents to hide their gains. In addition, Stern is also charged with witness tampering and obstruction of justice.

On Tuesday, nobody would comment in Stern's Bellaire law office. Staffers told ABC13 to leave the premises.

Staff at Plezia's office didn't even know he is also charged in the scheme until ABC13 showed up. We had to tell staffers that the reason we were there was because the firm's owner is currently behind bars.

Stern's attorneys did not comment to ABC13. However, Chip Lewis, representing wellness clinic owner Ratliff, released the following statement:
"This case is nothing more than Big Insurance's latest jihad against the Texas Personal Injury Bar. Mr. Stern has the great misfortune of being their latest target. Mr. Ratcliff is but a pawn in Big Insurance's self-serving quest to emasculate those lawyers who dedicate themselves to obtaining justice for good people who are injured and deserve recompense. Mr. Ratcliff's clinic proudly serves folks in need of medical treatment. There is nothing nefarious about his business relationship with Mr. Stern or any other lawyer. We look forward to shining the full light of day on these allegations at trial in Judge Rosenthal's courtroom."

Morris is the only defendant among the five who has already entered a guilty plea.

ABC13 called Yvonne Stern about these new charges, and she hung up without commenting.

Timeline of the cases against Jeffrey Stern