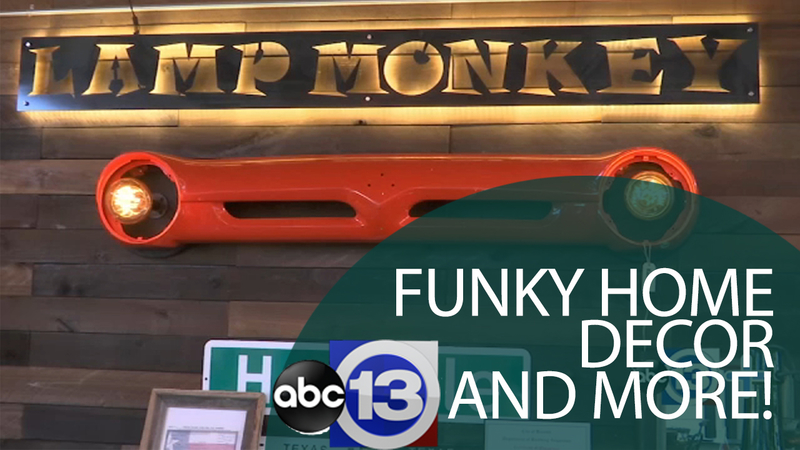 Lamp Monkey lights up Humble and beyond

HUMBLE, Texas -- It started with a boat motor lamp. When Lamp Monkey owner Lee Kendrick first laid eyes on a lamp made from an old boat motor, he thought, "I can build that."

Despite his lack of experience in welding, crafting or electrical work, Kendrick said he spent the next few weeks toiling away in his garage to build a similar lamp.

As the sole designer and creator at Lamp Monkey, Kendrick said he strives to turn ordinary items-such as vehicles, old bicycles and fans-into one-of-a-kind pieces. Popular items include couches from tailgates and tables from old bikes.

You can see the wares that Lamp Monkey creates in the heart of Humble by visiting our Community Impact Newspaper.