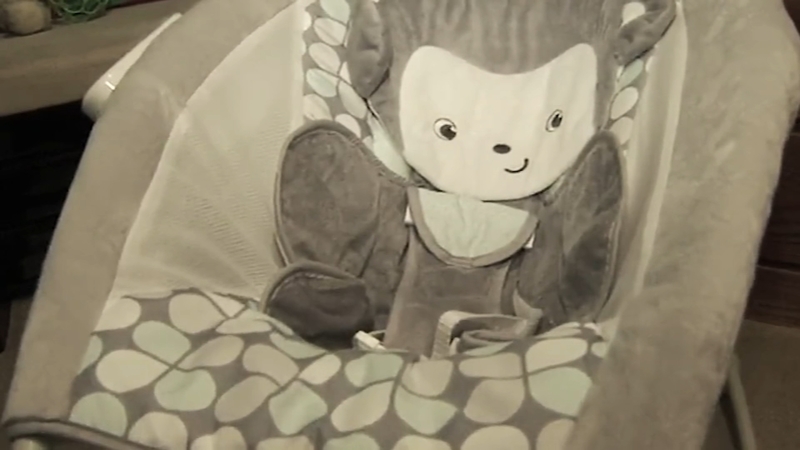 Federal safety officials are finally taking an important action against a baby product that have made headlines earlier this year.

Inclined sleepers have been under fire by pediatricians and safety advocates after 59 babies have died in them. And now, the Consumer Product Safety Commission has taken a critical action.

On Thursday, it was announced that they are proposing a new rule that would virtually end the sale of inclined sleepers. But, unfortunately, the move does not come soon enough for the Harmon family who is suing a company after their baby died in one of these products.

Lakin Harmon of Berks County, Pennsylvania said her husband Jayme had put their son Cayson down for about 30 minutes in a Chicco infant napper in May 2017.

"All I remember is him running up the stairs screaming," Lakin said. "I took him out of his arms and put his chest to mine and got him on the floor downstairs and started CPR while Jayme called 911."

Five different inclined sleepers have been recalled, including 4.7 million of the Fisher-Price Rock 'n Plays. But the recalls happened only after reports of babies dying.

And many other inclined sleepers, including the Chicco Napper, are still readily available to buy.

"Families and caregivers should know that all incline sleep products are unsafe for infant use. If they have them in their own homes, they should remove them and they should not purchase these products," said Grace Brownbach of US PIRG.

A new study released Thursday was done by an outside expert hired by the Consumer Product Safety Commission. It confirms the danger of inclined sleepers that pediatricians and safety advocates have warned the CPSC about for years.

The study was included in the new CPSC proposal that would effectively ban current models of inclined sleepers. New sleepers would be limited to a 10-degree incline, the same limit for bassinets.

Meantime, Cayson's parents have filed a lawsuit against Chicco. In court papers, though, the company denies the product is defective and says it is not responsible for Cayson's death.