'I'm looking forward to the future:' Son of Joel and Victoria Osteen prepares for next generation of Lakewood Church 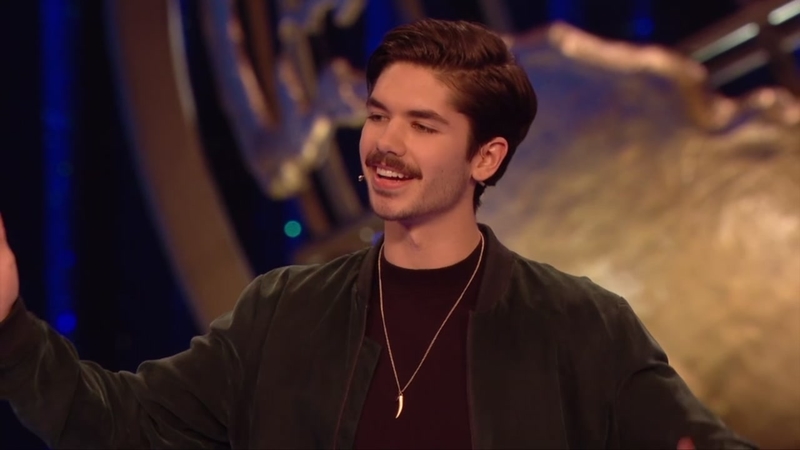 Jonathan Osteen prepares for next generation of Lakewood Church

CHICAGO, Illinois (KTRK) -- On a typical Friday afternoon in Chicago, the city greeted Houston's own Joel and Victoria Osteen as they made a stop in the Windy City as part of their most recent tour.

Their first stop: a book signing for Victoria's new book, where hundreds stood in line to meet the couple.

"It just really humbles us to just know that they drove out here just to meet us," said Victoria.

"You know, most of these people we don't know, but somehow God's given us an ability or the grace to connect with them in some way," added Joel.

More than a thousand miles from Houston, these people love the Osteens.

"You hear them in their ministry on radio. Seeing them in person is amazing," said one supporter.

The second Sunday in May will always be Mother's Day, but for one of Houston's best known churches, May 12 will forever be special.

"I watch him three times every Sunday," added Veronica Nalley.

Thousands lined up outside the Allstate Arena in Rosemont, Illinois.

"I've been waiting weeks for this," one man told ABC13 Eyewitness News.

The event is one of more than 200 'traveling productions' of inspiration hosted by Lakewood since 2004.

"It's definitely an international community of followers," said one man.

It's called the Night of Hope, and it's in addition to the Osteens' TV ministry.

Books and a satellite radio channel are among the many ways the church spreads its message around the globe to its millions of faithful followers.

Now taking center stage is 24-year-old Jonathan Osteen. He's been a part of Lakewood his entire life, but now he's stepping into the spotlight, alongside his parents.

"I didn't think this is something that necessarily I would step into," said Jonathan. "I was open to it, but I don't know. I mean, I was raised here at Lakewood, and I'll be here the rest of my life. So, it just naturally started to occur that I got more involved and here I am today," he said.

Jonathan is what some people would consider a triple threat. He sings, plays the guitar, and he preaches, delivering sermons for young adults at Lakewood on Sunday nights.

"We find ourselves in the presence of God every day," he preached.

A University of Texas graduate, Jonathan expects that one day he might step into his father's shoes, just as Joel did for his dad.

The father and son relationship Jonathan has with Joel is also a student and teacher relationship.

"I go downstairs and talk to my dad and say, 'How do I do this? What would you say here?' and he's able to kind of coach me through that. It's great to have someone with all that experience that I can rely on," said Jonathan.

And when he's not penning a message, Jonathan loves to just chill, he said.

"I'm not the most exciting person," said Jonathan. "I love to just hang at home. We just got two new puppies for Christmas, so right now, I'm pretty much spending all my time playing with them in the backyard, spending time with family. I love to go to the movies."

Jonathan is one laid back guy, even in the way he dresses.

"I prefer casual as much as I can," he said. "My mom actually helps me dress pretty often. She's got a great fashion sense."

When it comes to the Osteens, it's always been a family affair.

Jonathan has been traveling with the family for the 'Night of Hope' event for quite some time.

Now, he's standing on his own, delivering his own message of hope to thousands beyond the Bayou City, and it's tailor made for the next generation of Lakewood.