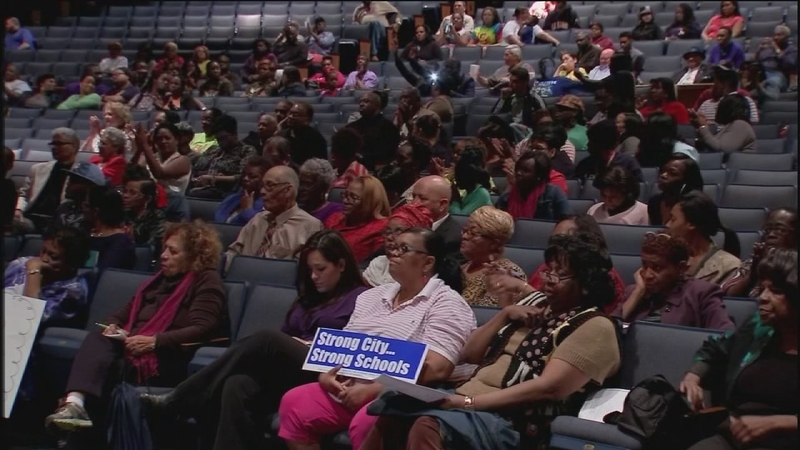 LA MARQUE, TX (KTRK) -- Parents are wondering what will happen to their children when the La Marque ISD shuts down this summer. Earlier this week, the Texas Education Agency revoked the district's accreditation because of its academically unacceptable ratings and poor financial accountability.

School district officials invited the community to get together on Sunday to inform them of the state's decision and to announce that they will be appealing.

Almost everyone we talked to was confident that the appeal would work. Administrators said their test scores are improving and that they are doing fine financially. In fact, officials pointed out that the past two years, their financial accountability was rated as fair.

District officials said they will submit proof of all this to the state on Tuesday during an informal review of the decision.

For some on La Marque High School's football team, closing the school district would be devastating to their future.

"This is a big football school," said La Marque HS football player Quinton Luckett. "You shut down this, you shut down all our future sports championships. We're nervous because we don't want to get shut down. This year, we're planning on going to state."

"That's what we're really positive about, the option of the review because we have all the numbers to indicate that we're getting better and better," said Antonio Corrales, executive director of HR and Operations for La Marque ISD.

In the meantime, education agency officials said school board trustees and the superintendent will stay in place, but that there will be a conservator assigned to oversee the district.

If the appeal doesn't work, the school district will close by July and the schools would be taken in by neighboring districts.