Elsa the baby koala introduced to the world

COROMANDEL VALLEY, Australia -- Picture a Christmas tree and you'll probably think of baubles, tinsel and fairy lights, but one Australian woman came home to find an unusual adornment: A koala.

"This evening our hotline operator took a call. At first she thought she was the victim of a prank call," wrote the organization in a Facebook post Wednesday. 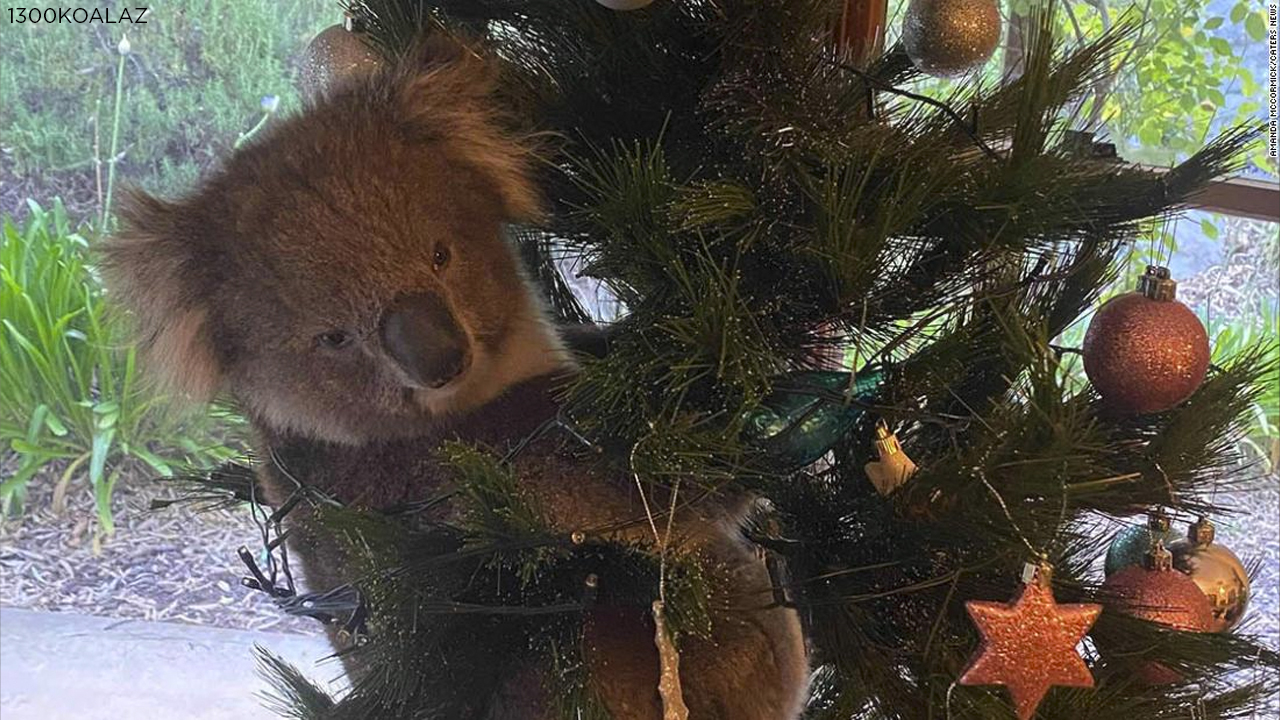 This curious koala sneaked into an Australian home and climbed into its Christmas tree.

"But no, a koala desperate to get in the Christmas spirit had wandered into Amanda McCormick's house and decided it wanted to be the fairy on the Christmas tree."

Dee Hearne-Hellon, 1300Koalaz co-founder, told CNN that it is not unheard of for koalas to enter homes, but it's not an everyday occurrence.

"The koala was a healthy juvenile female and was released out the front of the house, which is in a really lovely area for koalas if they have to live amongst us," said Hearne-Hellon. "The koala was still in the same tree she chose to climb when I saw her today (Thursday)."

The team celebrated the successful removal on Facebook with a festive ditty: "Tis the season to be jolly, Koalalalala Lalalala."

However, Hearne-Hellon warned against trying to move koalas by yourself.
"(The) best thing to do is leave them alone as they can get aggressive and call 1300koalaz to remove them," she said. "As cute as they look they have very long claws and very sharp teeth."

Koalas are one of Australia's most famous animals, but populations are under increasing threat due to the impact of humans.

Bushfires, habitat fragmentation, vehicle collisions and dog attacks -- all which hurt koalas -- have been getting worse over the last decade.

That has led to species population decline and increased disease among koalas, according to research published in the academic journal PLOS ONE at the end of October.

The number of diseased koalas increased over the course of 30 years, while the number of sick koalas that could be released back into the wild dropped, the study said.