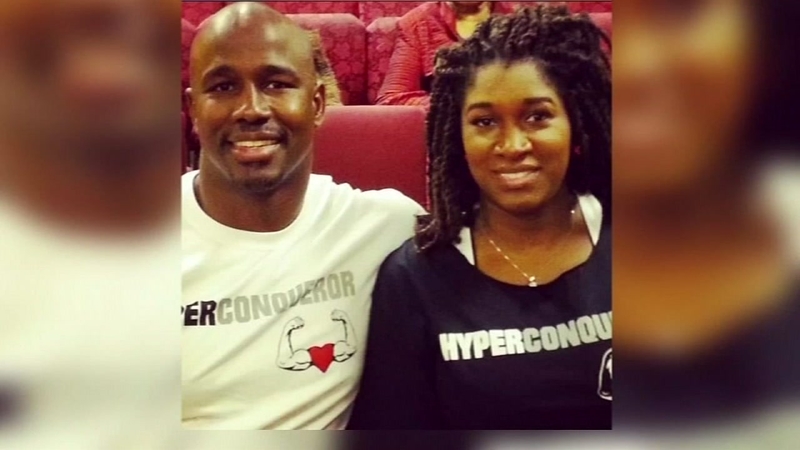 The defense for A.J. Armstrong want a judge to dismiss the case, because they say, crucial information was withheld from them.

HOUSTON, Texas (KTRK) -- The teen accused of killing his parents inside their Bellaire-area home nearly two years ago was back in court today.

A.J. Armstrong was charged at 16 years old with shooting his parents, but his lawyers are fighting for those charges to be dismissed.

Antonio and Dawn Armstrong were found shot to death inside their home on July 29, 2016. Hours later, their son A.J. was charged with killing his parents.

At a discovery hearing today, defense attorneys for A.J. Armstrong say the prosecution withheld a woman's key information and believe the whole case should be thrown out.

For the first time, we're hearing from Maxine Adams, who said Antonio Armstrong Sr., was involved in a prostitution ring, received death threats, and attempted to change his life insurance policy before he was murdered.

In December 2016, Adams says she went to Houston police with that information.

She testified Monday that she hired a private investigator to look into suspicions she had of her ex-husband Cecil Adams.

Cecil was allegedly a close friend of Armstrong, Sr.

Based on phone and bank records, Adams says she discovered several numbers and cell phones that were passed around in order to summon women for services.

She couldn't remember some of the specific details, which A.J.'s attorney says points to the bigger problem.

Defense attorney Rick DeToto said, "Right now, the prosecutor is saying, 'my bad, we didn't give it to you, we're going to give you a continuance.' Now you have time to recover from it."

But DeToto said the defense can't recover from it, "So, by holding on to this evidence for 18 months, you saw it right there, she doesn't remember. Some of it's destroyed. That was fresh in her mind at her time. Now it's stale. And because it's stale, he can't get a fair trial."

Armstrong's trial is set to start March 29, 2019, but his attorneys do have several options before then, including filing a motion for a continuance or getting the case dismissed.