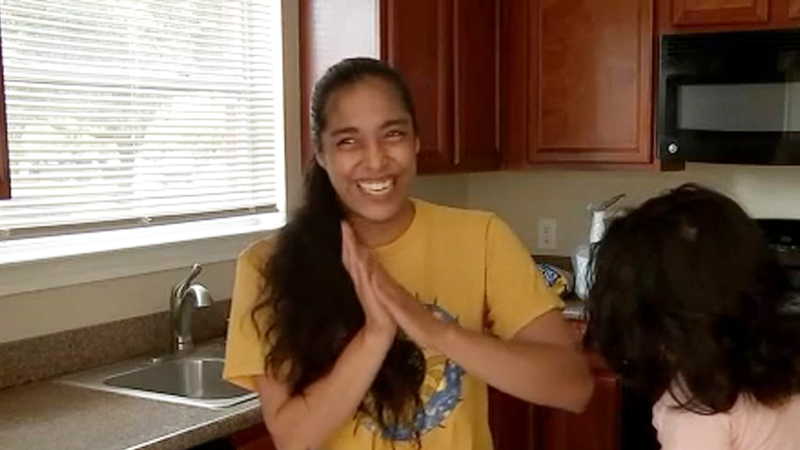 Evicted mom shares great update: She has a home!

HOUSTON, Texas (KTRK) -- A Houston mom of four who was evicted with her children after she lost her job during the COVID-19 pandemic now has a home.

Kenia Madrigal's story spread far and wide, with many stepping up to help after they found out she and her four children, ages 11, 8, 3, and 1, were sleeping in her SUV since June.

Madrigal couldn't afford to pay rent at the time.

After the story aired on Eyewitness News, a co-worker at her new job set up a fundraising account and hundreds of people from across the country donated.

With that money, Madrigal and her children were able to move into a new home.

ABC13 caught up with the mom on move-in day. She said finally having a safe place to rest their heads is a huge relief.

Madrigal was also excited to finally have a kitchen again where she can cook, and that her children have their own rooms.

"I get to cook again, oh my goodness!" Having a kitchen is something some of us may take for granted, but for Kenia Madrigal it means the world.

She said she cried when she received the call that she was approved for the house. But she also wanted to make it clear, she's thankful to everyone who helped her.

"None of this would have been possible without the help of everybody honestly. I don't think I would have been here right now if it weren't for the people who have been supporting me and who donated. So for that I'm grateful," Madrigal said.

The woman said she and her children were evicted from their home in north Harris County in June after she lost her job due to COVID-19.

Heartbreaking story from mother of four inspires outpouring of support from community.