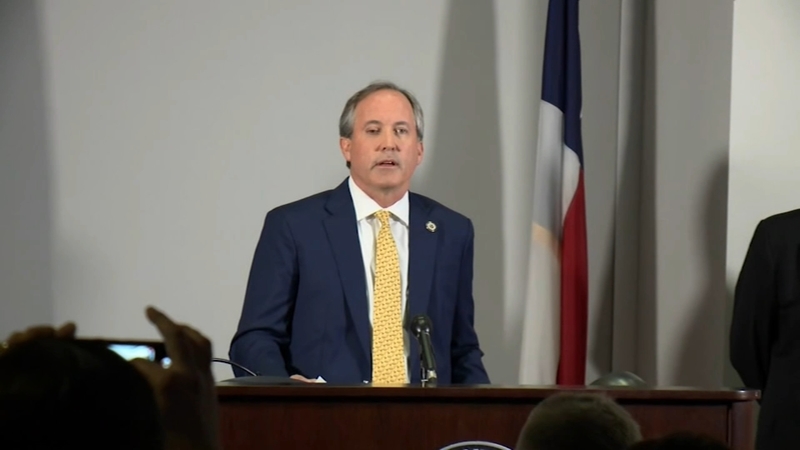 AUSTIN, Texas -- The Travis County district attorney on Thursday found that Attorney General Ken Paxton violated the state's open records law by not turning over his communications from last January when he visited Washington, D.C., for a pro-Trump rally that preceded the Jan. 6, 2021, attack on the U.S. Capitol.

The district attorney's office gave Paxton four days to turn over the documents or face a lawsuit. The action was prompted by a Jan. 4, 2022, complaint by the top editors at five of the state's largest newspapers: the Austin American-Statesman, The Dallas Morning News, the Fort Worth Star-Telegram, the Houston Chronicle and the San Antonio Express-News. The journalists argued that Paxton was withholding communications from the days surrounding Paxton's trip to Washington last year that are subject to public release under the state's open records law.

The Texas Public Information Act grants the public the right to government records, even those kept on personal devices or on a public official's online accounts.

Jackie Wood, director of public integrity and complex crimes at the Travis County District Attorney's Office, agreed with the journalists and hand-delivered her ruling in a letter to Paxton's office on Thursday. The letter said Paxton's office had broken Texas open records laws by withholding or failing to keep communications that would be releasable under the law.

Paxton did not immediately respond to requests for comment late Thursday night by phone and email.

Paxton led a failed attempt to overturn the 2020 presidential election, joining with other GOP attorneys general in a lawsuit seeking to invalidate swing state victories by Democrat Joe Biden. He and his wife, state Sen. Angela Paxton, R-McKinney, appeared at a pro-Trump rally on Jan. 6. Members of the crowd, stirred up by false claims of voter fraud, later stormed the Capitol, fought with riot police and threatened lawmakers as they disrupted Congress' certification of Biden's win over former President Donald Trump.

In this case, the newspapers went to Travis County District Attorney José Garza, a Democrat. Paxton is a Republican.

The complaints stem from decisions by Paxton's office to claim attorney-client privilege to prevent the disclosure of every single email and text sent by the attorney general in the days surrounding the attack on the U.S. Capitol on Jan. 6, 2021.

Separately, the U.S. House committee investigating the events of Jan. 6 requested communications between Trump and Paxton in August. That request was part of a series of letters seeking materials from the National Archives and Records Administration, the FBI, the Department of Homeland Security and other executive agencies.

In their complaint to the Travis County district attorney, the newspaper editors said Paxton was failing to retain and turn over government communications that he had made on his personal cellphone. They also complained that Paxton was turning over other people's communications in response to requests for his text messages.

The three have blasted the incumbent for multiple legal issues he is facing, including a six-year-old securities fraud case that has dogged him since his first year in office. He overcame that to win reelection in 2018. But in October 2020, eight of his former top deputies accused him of bribery and misuse of office. Weeks later, all eight deputies had either been fired or resigned from the attorney general's office.

Four of those whistleblowers are now suing Paxton under the state's whistleblower law. They are seeking compensation for lost wages and other damages, and some are seeking reinstatement to their former positions.

Paxton is also reportedly under FBI investigation for the allegations registered by the whistleblowers.

He has denied wrongdoing in all of these cases.