What is a cloture vote? Kavanaugh clears step toward Supreme Court 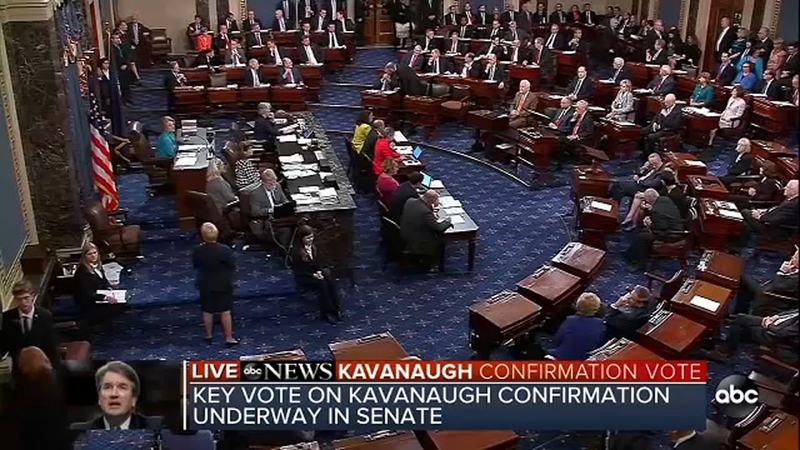 What is a cloture vote?

A cloture vote ends debate on the subject in question - a nominee, a bill - anything on which the Senate might vote for. A cloture vote essentially says there is enough information to make a decision. Discussion may continue after a cloture vote, but an affirmative cloture vote is a greenlight to set the final vote.

On Wednesday night, Senate Majority Leader Mitch McConnell filed cloture that puts a time limit on debate and pushes the Senate toward a confirmation vote.

A simple majority of the upper chamber voted Friday to move forward with a vote on whether to confirm Kavanaugh to the high court; 51 senators voted yes and 49 no.

At least one senator -- Republican Susan Collins of Maine -- says her cloture vote to end the debate does not mean she will vote yes on Kavanaugh's nomination. She is expected to announce her decision Friday afternoon.

If all Senate Democrats vote against Kavanaugh, the GOP can only afford to lose one Republican vote.

One Republican -- Montana Senator Steve Daines -- won't be there. He's walking his daughter down the aisle at her wedding Saturday.