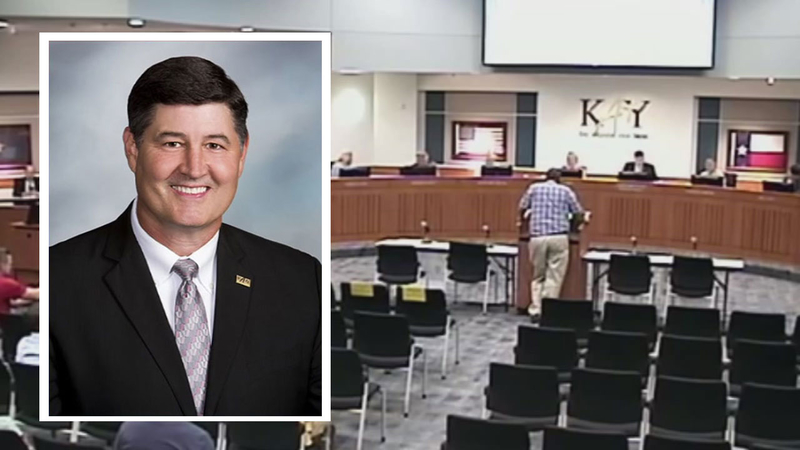 KATY, Texas (KTRK) -- The superintendent of Katy ISD told attendees of Monday's school board meeting that he isn't perfect.

Tonight we're learning about accusations made 35 years ago that Dr. Lance Hindt once got into a fight that left a man in a coma for five days.

The lawsuit alleges then 18-year-old Lawrence Hindt left a party on the night of Feb. 18, 1983. The lawsuit claims there were large amounts of alcohol and drugs, and that junior high students were present.

The lawsuit says as he was taking his girlfriend home in his car, he encountered William Stein, who had just returned home from having dinner with his wife. Stein hollered for the teen to stop speeding.

"The automobile came to a sudden halt. It then backed up and the driver got out of the automobile and rapidly approached me venting anger while I was standing on the edge of my driveway and alleyway," Stein described in the lawsuit.

Hindt allegedly shoved Stein against the neighbor's fence, striking the man in the ribs with his fist.

According to the lawsuit, Stein suffered blunt trauma to the head and face, resulting in a skull fracture, lacerations of the upper lip, contusion and an injury to his right eyelid.

"Also, there was separation of the right shoulder joint and fracture, plus fractures to the 3rd and 4th ribs," the statement reads in the lawsuit. "I do not feel I have fully recovered at this date due to weakness in right arm and dizziness caused by the trauma to the right side of the head."

Hindt responded to the lawsuit by alleging Stein pulled him from his car by the hair, and Hindt punched him a single time.

The Katy athlete, who went on to University of Oklahoma on a full football scholarship, admitted he never sought medical help for Stein.

The lawsuit also alleged Hindt had been involved in more than a single fight in the five years leading up to Stein's beating, a fact Hindt never denied.

In the end, the now-Katy ISD superintendent never faced a penalty, with the exception of splitting the court costs linked to the lawsuit with the boy who threw the February 1983 party.

Katy ISD board president Ashley Vann released this statement Tuesday night:
The 1983 civil case was fully and finally dismissed, after litigation, with no damages or liability. No criminal charges were ever filed. Again, as stated in the March 26 Board meeting, the Board fully vetted Dr. Lance Hindt and we continue to stand firmly behind him as our superintendent.