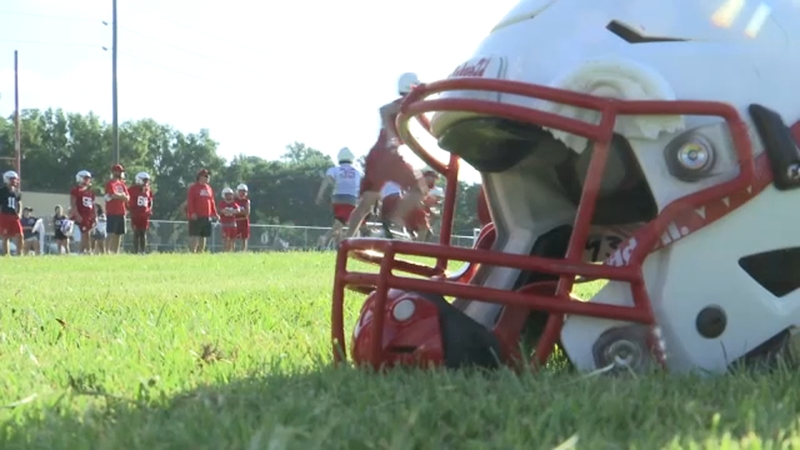 McClelland was a captain for the Katy Tigers and that title has been revoked after the video.

Katy ISD released the following statement regarding the incident:

Katy ISD Administration and the Katy ISD Police Department were informed of the inappropriate behavior, language and video by a student on the Katy High School Varsity Football Team.Campus administration, Katy ISD police and local law enforcement thoroughly investigated the video incident. The student responsible will face disciplinary consequences in accordance with the Katy ISD Discipline Management Student Code of Conduct and Athletic Code of Conduct. However, it is important to note there are other related incidents that continue to be under investigation that would lead to additional consequences for any student found to be involved. This type of behavior and language is not in line with the values of our District, staff and community who work hard every day to instill exemplary character and behavior in all Katy ISD students. The District is committed to keeping students safe, both physically and emotionally. It is our highest priority.

Colburn McClelland, the father of Bronson, released a statement on the situation:

"Good evening, this is Colburn McClelland. I am the father of Bronson McClelland, 17 year old Katy High School student-athlete. Last night after a District football game between Tompkins High School and KATY High School, Bronson made a poor decision and used the n-word in a video that was posted on Twitter.
During this self-made video, Bronson was speaking to a Hispanic student from Seven Lakes High School. Then a student-athlete from Tompkins High School (who we just played a game against earlier in the evening) obtained the video and uploaded it to his Twitter account. As a result, everyone assumed and was led to believe that Bronson was speaking to this student who is an African American. However, that is not true. Regardless, my son made a poor decision and used a very insensitive word of which we do not condone in our home. We do not see color in our home as we all bleed red. Anyone that knows Bronson and who attends school with him or who has played ball with him knows his heart and they know he is not a racist. Three of Bronson's very best friends are African-Americans. We have a house full of kids all the time and the majority of which are African-American. For those folks that know my family, they know that we are caring, we are giving, and we welcome all in our home. Bronson has expressed his sincere remorse for his poor judgment and has contacted the Hispanic student and made an apology. Furthermore, Bronson and our entire family apologize to any and all people that were offended and hurt by his mistake, including the Tompkins Football team and all of their coaches, fans & students.
Bronson is having to learn a hard lesson through this unfortunate event. We stand by our head football coach Gary Joseph, our school principal Dr Rick Hull, KISD Athletic Director Debbie Decker and our Superintendent Dr Ken Gregorski.. The discipline and the punishment that has been handed down to Bronson is tough, fair, and hopefully a life lesson to our son."