Houston native gears up to compete in the Miss U.S. Latina pageant 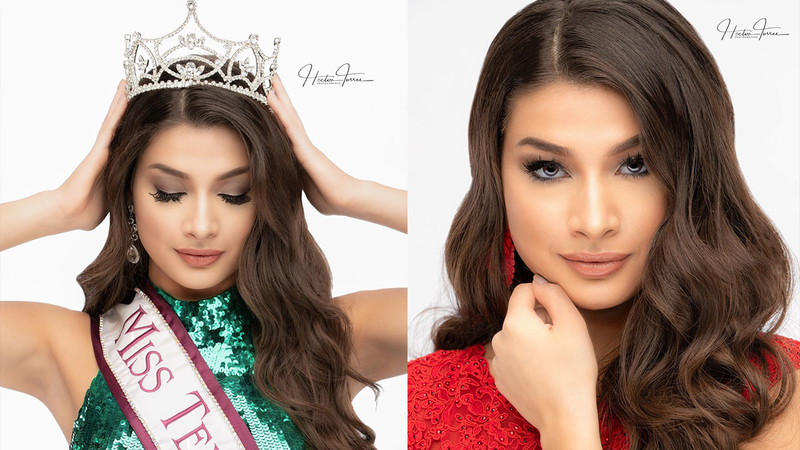 Miss Texas Latina shares her road to the crown

HOUSTON, Texas (KTRK) -- Kathleen Navarro is a Houston native who recalls her humble beginnings on the East End.

She says being crowned as Miss Texas Latina in March has completely changed her life.

Now, Kathleen is gearing up to compete on a national stage to win the title Miss U.S. Latina on August 4 in Atlanta, Georgia.

In an interview with Kathleen, she describes the challenges that come along with competing against other young women and the skills she has developed to make her confident over the past year.

Not only does she participate in pageants, she also has now begun a career in modeling that she credits to her nearly 4,000 followers on Instagram.

She undoubtedly believes that the Miss U.S. Latina pageant is not only about physical attributions, but also about the empowerment of Latina women from generation to generation.

Kathleen says she believes women of Latino descent are often expected to stay home, raise a family and take care of their husbands- but she is determined to shift that narrative.

With Houston cheering her on, she says she is excited about the pageant overall.

No matter what the outcome is, Kathleen is thrilled about the process and says if she doesn't win, she will probably try again next pageant season.
Report a correction or typo
Related topics:
societyhoustonbuzzworthyinstagrampageant
Copyright © 2022 KTRK-TV. All Rights Reserved.
TOP STORIES
Daylight shows home destroyed after standoff with shooting suspect
What we know about man accused of shooting 3 HPD officers
Suspect arrested after 30-minute chase ends on I-45 in Texas City
Clouds clearing today, sunny through the weekend with rain next week
5 people charged in connection with Pct. 5 corporal's murder
How many times can I reuse my N95 mask?
Decades after TV anchor disappears, convicted rapist denies connection
Show More
Driver dies after slamming into 18-wheeler's trailer on US-59
Woman shot in the shoulder during robbery set up in SW Houston
Prepare for a major closure at I-69 and 610 West Loop this weekend
Officers escort body of corporal killed in ambush to funeral home
ABC13 obtains HPD scanner traffic of chase that led to shootout
More TOP STORIES News