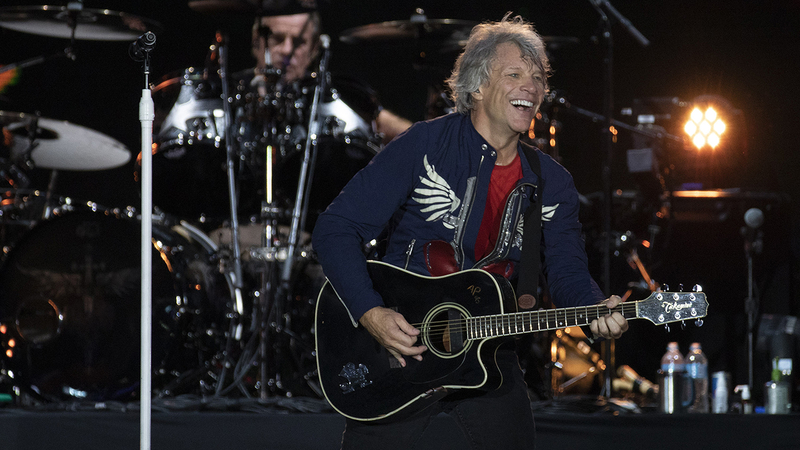 NEWARK, New Jersey -- Rock star Jon Bon Jovi was on hand in New Jersey Wednesday for the opening of the new JBJ Soul Kitchen at Rutgers University-Newark, the first of his non-profit restaurant chain to be located on a college campus.

Officials say one in three students attending a four-year college struggle with the issue of food insecurity, and more than 50 percent of students at the Rutgers-Newark campus have exceptional financial need.

As such, the campus community is rallying to find unique ways to remove food insecurity as a hurdle in student achievement.

"For the last decade, the Soul Kitchen restaurants in Red Bank and in Toms River have provided well over 100,000 meals," Bon Jovi said. "Red Bank seats 33 people, Toms River seats 66. It's been a passion project for us for a decade now."

Everyone has access to the same three-course meal, regardless of their socioeconomic situation.

There are no prices on the menu, and students and faculty alike can "pay it forward" by making a minimum donation of $12 and swiping an extra meal for non-paying diners.

Those unable to pay are invited to learn how they can be part of the JBJ Soul Kitchen RU-N community by volunteering at the restaurant or elsewhere on campus.

"We are here today opening our third at Rutgers-Newark, it is humbling and a little overwhelming," wife Dorothea Bongiovi said. "Recognizing that food insecurity is a critical issue facing major college students and one that hits home here at Rutgers, when Gourmet Dining came to us over a year ago with the idea of opening a Soul Kitchen, we jumped on the chance to make an impact."