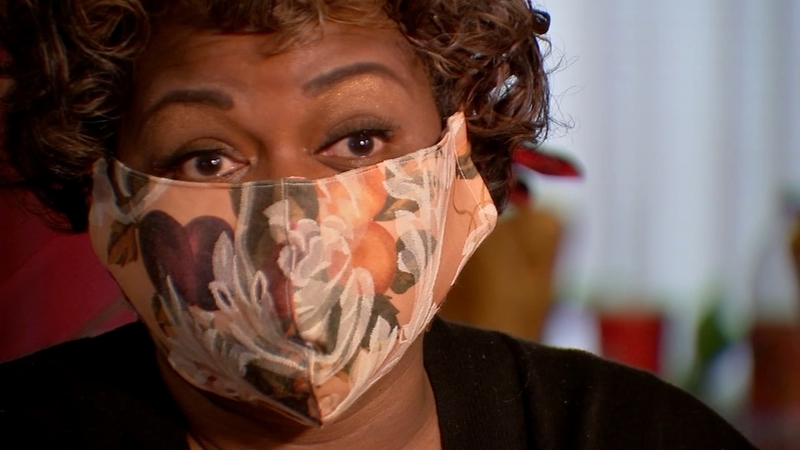 MISSOURI CITY, Texas (KTRK) -- A Missouri City grandmother blames the Johnson & Johnson vaccine for symptoms that landed her in the hospital.

Jacilet Griffin, 52, said she thought she was having normal vaccine side effects like headaches, dizziness, high fever and chills, but when her breathing became labored and she had persistent pain that would not go away, she sought help.

Griffin got the vaccine on March 6. This week, she was hospitalized. Now she is home and is being treated for suspected blood clots, though she said doctors have not found any.

On April 13, the CDC recommended a pause on the use of the Johnson & Johnson vaccine after reports of a rare and severe type of blood clot with low platelets.

SEE ALSO: What the suspension of Johnson & Johnson COVID-19 vaccine means for you

On Thursday, the Texas Department of State Health Services announced a possible case in Texas of the rare syndrome, and Baylor College of Medicine's Dr. Peter Hotez talked about it during the Immunization Partnership's Community Immunity Spring Luncheon.

"It's extremely unlikely that you're going to have a cerebral thrombotic event from the J&J vaccine and then mention that you have it, if you've gotten it, and you're one to two weeks out, which seems to the window period when you're at greatest risk, and if you have symptoms, then seek medical advice and medical care," Hotez said.

Griffin got her vaccine more than two weeks ago. Federal health officials said the number of problematic blood clotting disorders has remained small. Once excited about the vaccine and hopeful it would bring her peace of mind, Griffin now has a different message.

"Any type of warning signs, any reaction don't ignore them," Griffin said. "I don't want to give someone a bad feeling about vaccinations or anything the government is requiring, but I would definitely say to anyone taking them, get information first."