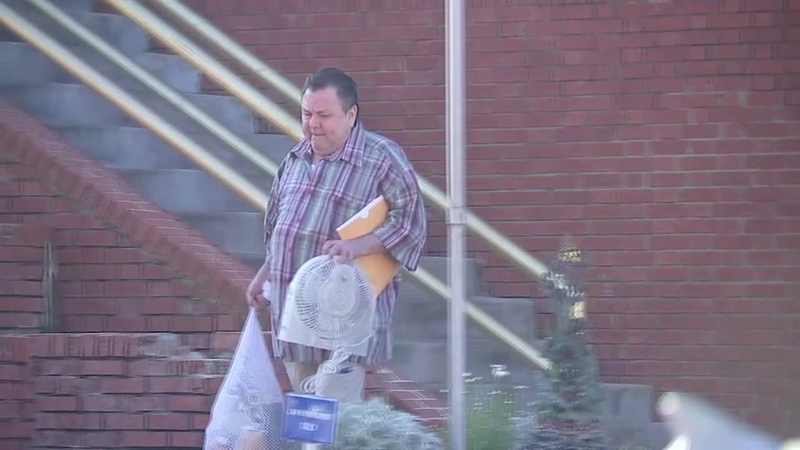 He served nearly 12 years of his 20-year sentence. He was convicted of sexually assaulting his then 13-year-old niece.

A year ago, ABC13 spoke with the victim, Krystal Lopez, who is now in her 20s.

Last year, she made a plea to the parole board not to let Lopez out, but they did.

Andy Kahan, a victim's advocate, said today is a tough day for Krystal.

"It brings everything that happened back to Krystal. Right back to when the offense occurred. It's not a healthy feeling for her right now. It's a very grueling, painful, emotional journey that she's been on and today it's like time stopped," said Kahan.

VIDEO: Raw video of Joe Lopez walking out of jail

As part of the conditions of his parole, Lopez must wear an ankle monitor, can't have contact with anyone under 17 and cannot be in Harris County -- which is where his niece lives.

Still, despite serving time behind bars, Lopez's attorney says he's innocent and that they are working to clear his name and will work to do so in the courts.
His Lubbock-based attorney declined an on-camera interview but issued a statement.

"We do anticipate filing post-conviction litigation that will establish his actual innocence," attorney Allison Clayton said.

His attorney said she believes the victims fabricated the sexual assault but wouldn't say why. She stated more will come out when they release their court documents and they're still compiling that now.

Kahan said a jury convicted him of the crime and that's a fact.

"The fact that he only served half of his sentence only adds, to the pain, misery and grief of victims like Krystal," said Kahan.

Many of Lopez's fans have been eager for his release.

Monica Pena is a DJ for a Tejano radio station and operates Tejano Music Center, a recording studio and music store that sells Tejano music. She said his release has been all the talk.

"The talk has been some negative but some is positive. He's back out. Is he going to perform again? Is he going to release more CDs? What is his future? People want to know that. I think a lot of people want to go to his next show wherever it may be," said Pena.

The Texas Department of Criminal Justice said Lopez will live in South Padre.