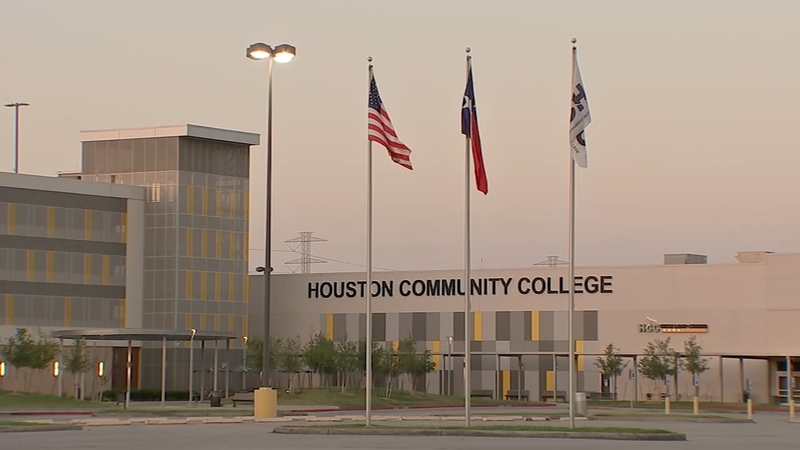 HOUSTON, Texas (KTRK) -- President-elect Joe Biden is preparing to take office next week. He has ahead of him not just the tasks of reviving the U.S. economy and ending the COVID-19 pandemic in the country, but also his plan to help ease the student loan burden on many Americans.

Houston Community College student, Andrea Sanders, is just one of millions of those Americans. She has nearly $40,000 in student loan debt and is hopeful now, though, after hearing about Biden's proposal to forgive at least $10,000 of it.

"That would be great. It would be a tremendous help for my family," she said.

Although the proposal was part of Biden's presidential campaign, all the details haven't been released.

"By forgiving it all at once, the President would be writing it off today as opposed to writing it off over the next 15 years," Vollrath said. "So in that sense, it may be less of a fiscal hit than people conceive of."

Vollrath adds most people affected by high student loan debt also tend to be those hit hardest by the pandemic.

"There's a lot of people that live with that looming over them, and they're trying to make that payment and also make rent and car payments and also pay the bills, so it would be a huge relief for a lot of people," he said.

For Sanders, it means money she can earmark for the future.

That's $10,000 dollars I wouldn't have to pay out and $10,000 that could be put in other places in my life, like purchasing a home or doing something for my kids for their future," she said.
Report a correction or typo
Related topics:
personal financehouston community collegetuitioncollegejoe bidendebtloansstudent loans
Copyright © 2022 KTRK-TV. All Rights Reserved.
STUDENT LOANS
Houstonian is disheartened Texas excluded in Navient settlement
Who benefits from Navient student loan settlement?
Navient settles predatory student loan claims for $1.85B
What to know about stimulus checks, federal aid in 2022
TOP STORIES
51-year-old on the run as suspect in corporal's ambush killing
Sergeant was to walk daughter down aisle until his hit-and-run death
Mom shares story of son's 'scary' battle with COVID complications
H-E-B's Scott McClelland retirement and what's next
Drying out but staying cool this week
LULAC set to sue Houston City Council for lack of Hispanic members
New security director aims to improve safety for Jewish organizations
Show More
IRS changes you should know before submitting taxes
Cause of death revealed for 23-year-old woman found dead after date
Texas among states suing Google over claim it's misleading consumers
Man accused of stabbing K-9 in The Heights now charged
'We knew something big exploded': ABC13 recalls moment of Watson blast
More TOP STORIES News