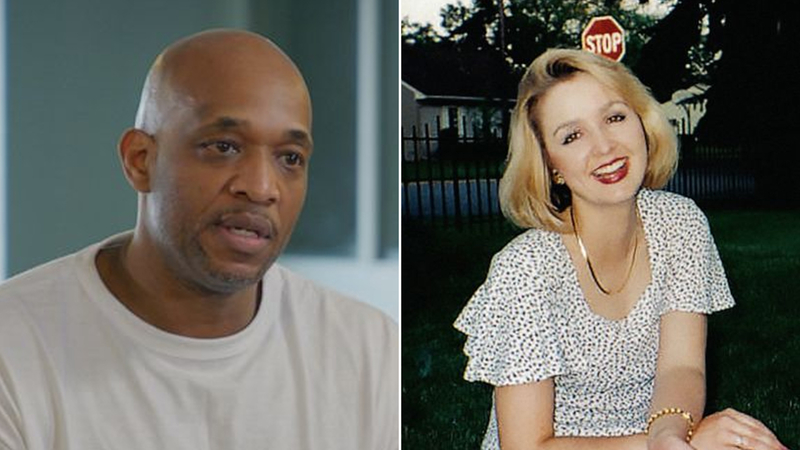 MINNEAPOLIS -- Tony Dejuan Jackson, a serial rapist, has served 23 years of a life sentence after being convicted in 1998 and 1999 of first-degree criminal sexual conduct, kidnapping and first-degree burglary in the Minneapolis area. But questions about the unsolved disappearance of a local TV anchor continue to follow him.

Three years before Jackson was convicted, local television anchor Jodi Huisentruit disappeared from Mason City, Iowa, where Jackson lived at the time. A journalist in Minnesota covering Jackson's case suggested to Mason City police that he might be a good person to investigate in relation to Huisentruit's case. 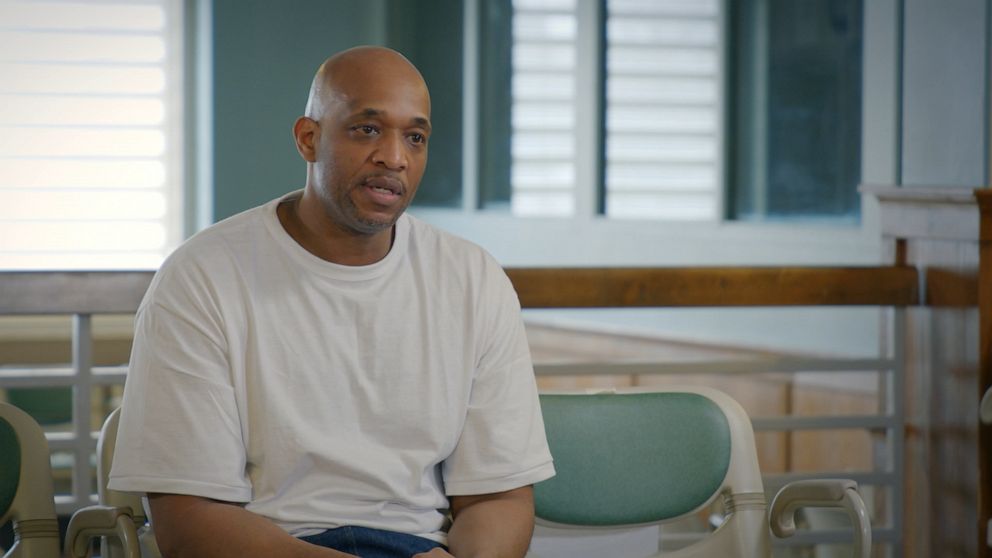 Tony Dejuan Jackson spoke out on Jodi Huisentruit's disappearance in a 2021 interview. (ABC)

For over two decades, he has steadfastly denied any connection to Huisentruit and her disappearance.

"All that I can tell you about Jodi Huisentruit is that she has become a central part of my life since I've been incarcerated," Jackson told "20/20" in a 2021 interview from the Minnesota Correctional Facility in Stillwater. "It's been something that I've been, for many years, hoping will be resolved so that that stigma can be taken away from me so that I can rest."

In 1995, Huisentruit was a 27-year-old local television anchor for KMIT in Mason City, Iowa. On the morning of June 27, after Huisentruit didn't show up for work, investigators were dispatched to her home and said they immediately saw signs of a struggle outside her apartment and said they believed she had been abducted.
Two years after Huisentruit went missing, Jackson was charged with a series of violent rapes that took place in and around the Twin Cities, about 2 1/2 to three hours north of Mason City, Iowa. 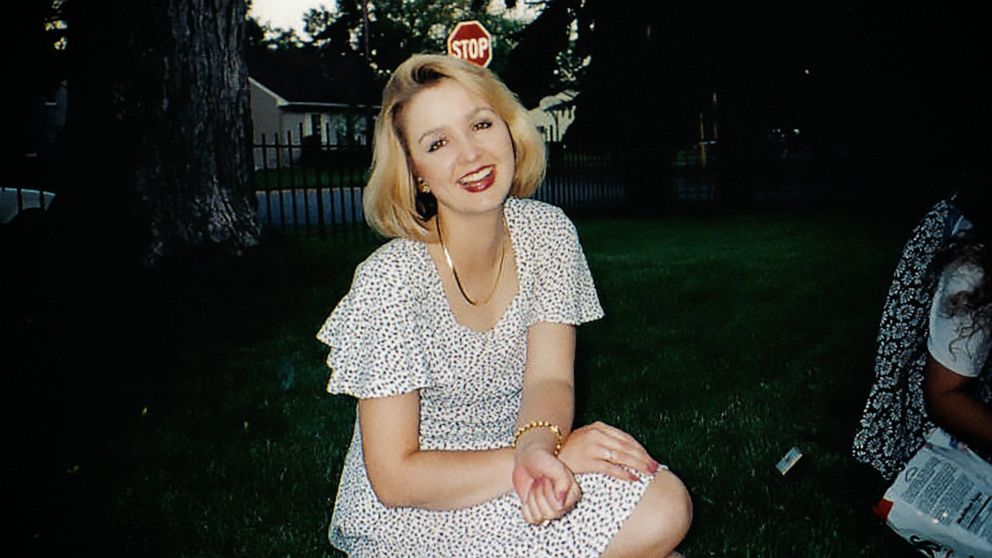 Jackson said the crimes are unrelated.

"It's unfortunate that people try to take rape and murder and put it all together as one big heinous act and say that if you had did this, you would have done this," said Jackson. 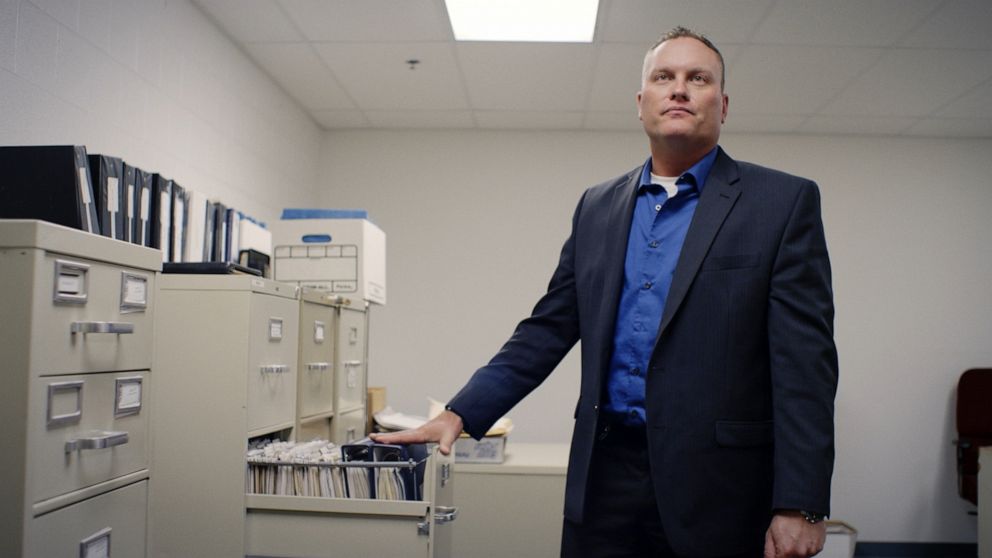 Terrence Prochaska of the Mason City Police Department in 2016. (ABC)

According to a local news report, a jail informant named Dennis Goff said he had briefly served time with Jackson while Jackson was awaiting trial for the 1997 rapes. Goff claimed he gained Jackson's confidence and that Jackson told him he had murdered an anchor woman and also allegedly recited a rap with lyrics that might lead to where Huisentruit's body might be found.

The lyrics allegedly suggested that Huisentruit's body was in Tiffin, Iowa, which is about a two and a half hour drive from Mason City.

It was uncovered that Jackson had bought a car the day before Huisentruit went missing, but Jackson has repeatedly denied all allegations surrounding his alleged conversation with Goff and the rap lyrics. 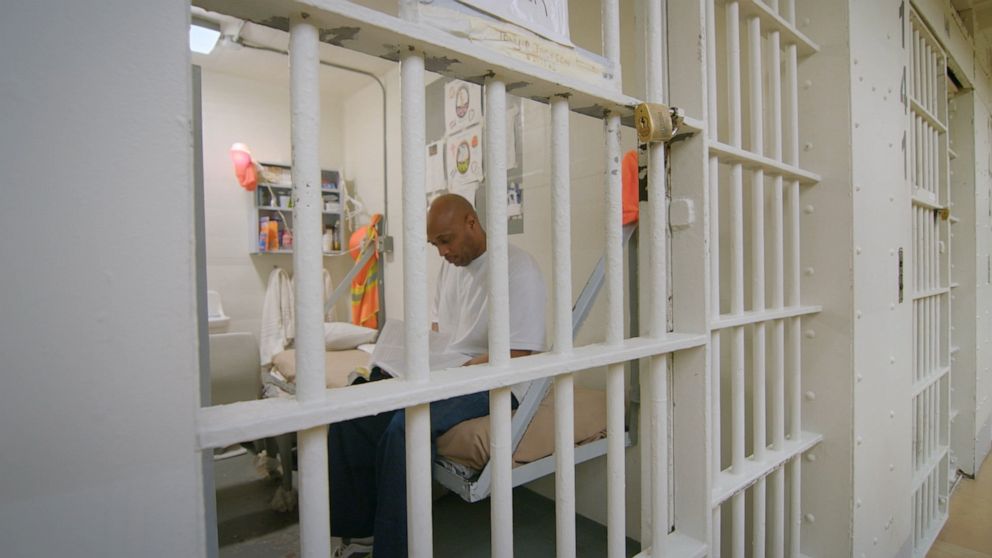 Tony Dejuan Jackson pictured in 2021, he has served 23 years of a life sentence. (ABC)

"I'm telling you right now, I'd never been to Tiffin, Iowa. Never traveled to Tiffin, Iowa," said Jackson. "I would imagine that Tiffin, Iowa, is pretty much kinda like all of the other small towns in Iowa. That if a Black male introduced himself in Tiffin, Iowa, somebody would remember that."

After Goff's tip, a Tiffin, Iowa, silo was searched with cadaver dogs in 1998, but the canines did not find any sign of human remains.

In 1999, police officially cleared Jackson in relation to the disappearance of Huisentruit.

"It's circumstantial evidence he did purchase a car the day before she went missing, putting the mileage on the vehicle that I can't substantiate. [But] Tony Jackson's DNA has not matched any evidence of ours," Terrence Prochaska, of the Mason City Police Department, said in 2016.

"We've had no reports or indications that he had anything to do with Jodi Huisentruit's disappearance," Prochaska added.

For now, Jackson continues to try to separate his name from the Huisentruit case.

"The problem about theories is that they're not facts," said Jackson. "I did not kill Jodi Huisentruit or, in any way, had anything to do with whatever is going on with her demise."
Report a correction or typo
Related topics:
iowaminnesotamysteryabcu.s. & worldmissing person
Copyright © 2022 ABC News Internet Ventures.
TOP STORIES
Man dead after being shot during road rage incident, HCSO says
Murder suspect dead after found unresponsive in cell, sheriff says
Astros fan from Spring celebrates 95th birthday with favorite team
Scattered storms move in tonight ahead of front
Child hospitalized after found 'unresponsive' at Splashtown
Runner dies after collapsing at finish line of Brooklyn Half Marathon
Global K-pop sensation Seventeen kicks it in Houston in new tour
Show More
Authorities search ends for man with felony warrant out for his arrest
Early Voting holds off Epicenter to win Preakness Stakes
'NFTs: Enter the Metaverse' | Trailer
Driver shot during attempted robbery on Gulf Freeway feeder, HPD say
Suspect in intersection takeover arrested after 55-mile chase
More TOP STORIES News