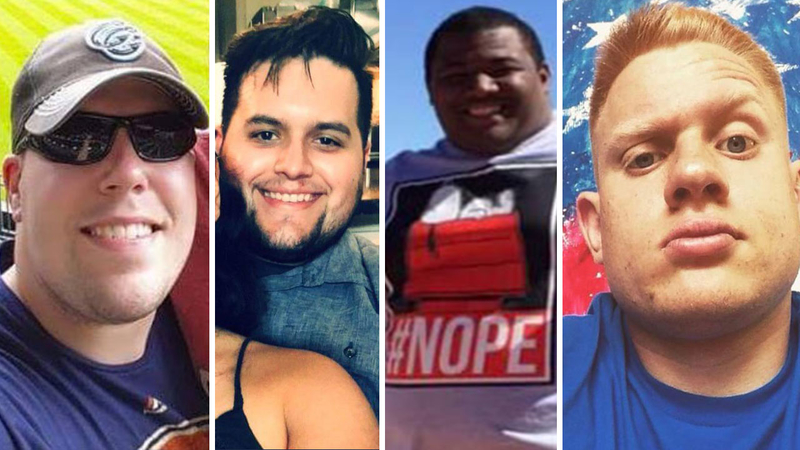 HOUSTON (KTRK) -- The announcement by the Harris County District Attorney's Office today brought relief, but also a sense of frustration.

Attorney Don Kidd said it took more than a year for the accused jailers to be charged in the brutal beating of Jerome Bartee.

VIDEO WARNING: Eyewitness News report above may contain images not suitable for all viewers. Viewer discretion is advised.

The new photos given to us by Kidd are difficult to look at, but show extensive injuries he received inside the Harris County jail last September.

His face is visibly swollen and bloody, and his eye is purple, black and severely damaged.

"He still has issues with his left eye," Kidd told Eyewitness News. "His vision has been impaired and it will be permanently."

The former inmate alleges he was attacked by a group of officers during a trip to the medical section of the Harris County Jail.

Assistant District Attorney Jules Johnson said while evidence shows Bartee exchanged words with detention officers at the Baker Street jail, he was "beaten to the point he was unrecognizable."

Jeremy Ringle, Joshua Degler, Napoleon Harmon and Andrew Rowell have been indicted for aggravated assault by a public servant, a first degree felony.

These detention officers face the possibility of between five and 99 years in prison, and a fine of up to $10,000.

Salvador Garibay was indicted on misdemeanor assault. He faces up to one year in jail and a $4,000 fine.

Arrest warrants have been issued for each of the indicted officers, who are expected to surrender.

"The evidence shows these detention officers cross the line when it comes to the use of force," District Attorney Kim Ogg said in a statement this afternoon.

Jerome Bartee's attorney said the 2016 jailhouse beating was so intense, doctors had to reconstruct his face.

We were there last September when Bartee was released from jail into the arms of his family.

He wasn't in the position to talk to us tonight, but Kidd said he's feeling one step closer to justice.

"He's relieved that finally the Harris County district attorney was able to take these cases to the grand jury, and he feels vindicated now that there's been indictments of the people who beat him," Kidd said.

Bartee still has a long road ahead of him, physically and emotionally. Legally, however, the ball is now rolling.

Jerome Bartee said his face was so badly mangled, they had to use screws and a metal plate during reconstructive surgery.

The jailers will have to be arrested, arraigned and taken through the jail process, but it's a process Kidd is grateful for.

"Fifteen months since this happened," Kidd said. "I think it's long overdue."

A Harris County jail inmate has filed a civil lawsuit after an altercation that left him with bone, eye socket and nerve damage.