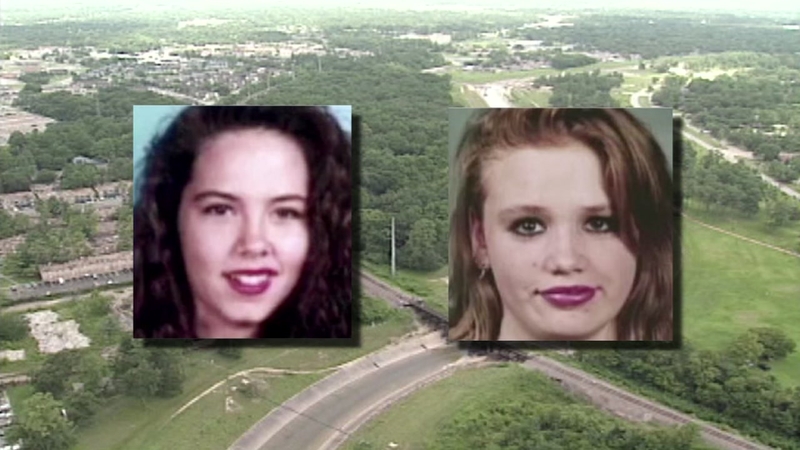 HOUSTON, Texas (KTRK) -- T.C. Jester Park looks much the same as it did 25 years ago, but there's an addition of two park benches in honor of two friends who died here in 1993.

Sadly, they never made it. Instead, they stumbled on to a gang initiation and they were tortured, assaulted and killed. Their bodies were found four days later.

Six gang members were sentenced. Three were executed, and the rest are still in prison. It was a case that shaped Andy Kahan as the newly-appointed crime victim's advocate for the city. He made a promise to their families.

"We can't go back and change what happened to your family, but we can change for others who come along, and we'll leave a lasting legacy for your daughters that will last for eternity," Kahan said.

Jennifer Ertman and Elizabeth Pena were raped, tortured and murdered by gang members while walking near TC Jester on June 24, 1993.

Because of their deaths, the state allows victim impact statements and Randy Ertman was the first to do it when he confronted the six convicted killers in court, all of them sentenced to death.

"Look at me. Look, you're not even an animal," Ertman uttered in court.

The Ertmans and Penas also witnessed the executions of three of their daughters' killers. The case forced a change in state police.

"I miss them and I love them, and they'll never be forgotten and I'll try to keep their memories alive as best as I can," friend Christina Almarez said.

Family and friends gathered at the park this weekend to pay tribute to a pair of lives lost and the impact they had on criminal justice policy.

Consider that their case wasn't known by the names of their killers, but their names, and that those who loved them will tell you is as it should be.