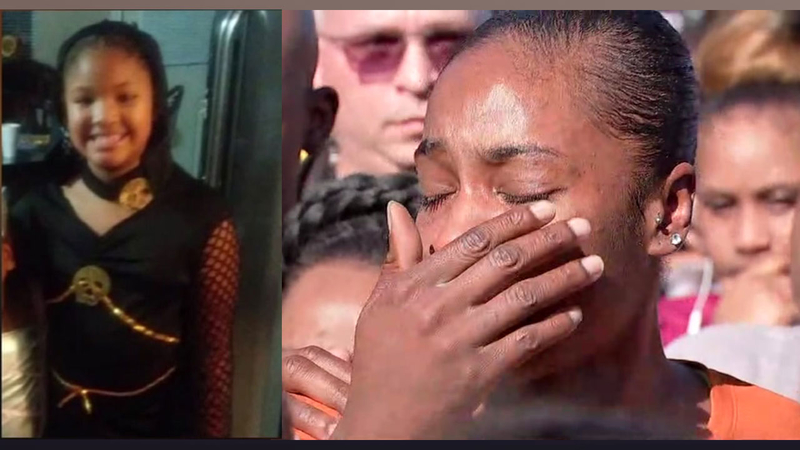 HOUSTON, Texas (KTRK) -- The mother of a 7-year-old girl shot and killed last Sunday says the suspect they saw at first wasn't a figment of her imagination.

When two suspects were arrested Saturday in connection with the deadly shooting of Jazmine Barnes, authorities were quick to point out that they did not resemble the suspect in the sketch released.

"The detectives stopped by last night," LaPorsha Washington told Eyewitness News. "They said they had two guys and that the gentlemen were black."

One of the suspects was identified as Eric Black Jr., sources later identified the second suspect as Larry Woodruffe.

Sources told ABC13 Larry Woodruffe, 24, was also arrested as a second suspect in the case. Those sources said Woodruffe is believed to be the shooter.

Washington added that her daughter's initial description was not off.

"It wasn't a figment of her imagination," she said. "Because when we looked at the cameras they saw the red pickup truck and the gentleman in it and it was a white guy."

Despite the misunderstanding, Washington says she is happy she can mourn Jazmine's death and get ready to bury her in two days.

She is also thanking the community for all of the support in the week since Jazmine's death.