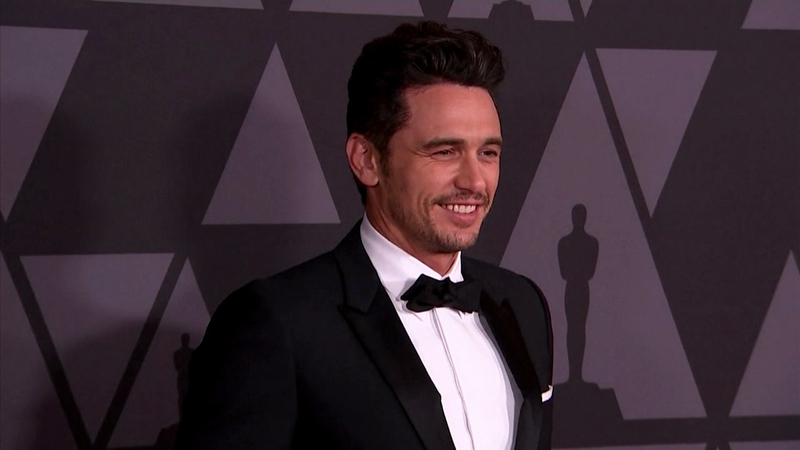 LOS ANGELES -- In his first in-depth interview in nearly four years, James Franco broke his silence on sexual misconduct allegations made against him in 2018.

The actor sat down with Sirius XM's Jess Cagle and opened up about why he didn't speak out sooner, saying, "At that moment I just thought, I'm gonna be quiet ... I'm gonna pause. Did not seem like the right time to say anything. There were people that were upset with me, and I needed to listen."

Franco said he fought the "natural human instinct ... to just make it stop" by apologizing, because he said that doesn't allow a person to do "the work" on themselves that needs to be done. He said he has worked on himself over the past few years and has changed who he was.

Franco, who said he got sober from alcohol at the age of 17, said one thing he needed to address was his addiction to sex.

The "127 Hours" actor said he cheated on everyone he had been with until his current girlfriend, Isabel Pakzad, and said that despite not wanting to hurt people, he was "blind to people's feelings" and "the behavior spun out to a point where it was like I was hurting everybody."

"Sex and the City" actor Chris Noth has been accused of sexually assaulting two women.

Franco said he slept with students at his former acting school, which he said was "wrong," and he stressed that he didn't start the school for the purpose of having sex with students.

Over the summer, Franco reached a settlement with two of his former acting students who filed a sexual misconduct lawsuit against him in 2019.

Franco said one of the main reasons he wanted to speak out now was so people in his life wouldn't "have to answer for me anymore."