Jacoby Jones' life after Texans could include comedy 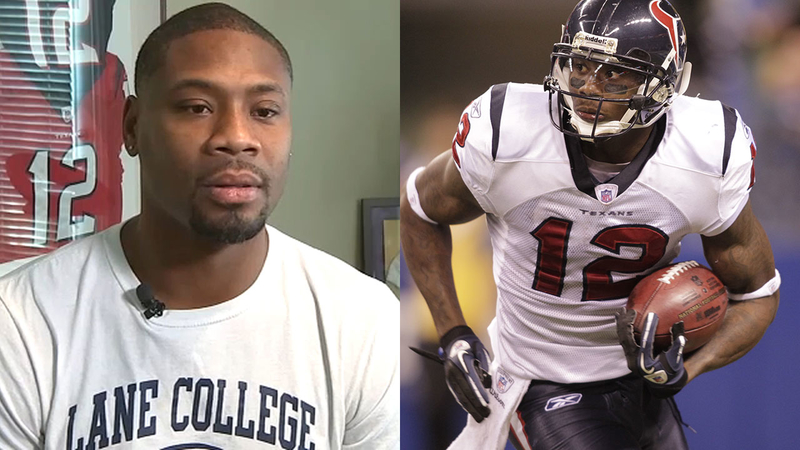 HOUSTON, Texas (KTRK) -- A former Texans player is back on the field, not scoring touchdowns, but changing young men's lives.

The photos surrounding Jacoby Jones' home tell the story of his NFL career.

"I was a bad man," Jones recalled.

He played for nearly 10 years. Jones caught 14 touchdowns, and had more than 2,700 career receiving yards. He's been out of the league for a few years, but he wishes he wasn't.

"Sometimes I go to the games. I'm like, 'man, just to touch that grass,'" Jones explained.

Jones isn't totally away from the field. He's back at Lane College. This time, instead of a student-athlete, he's the wide receivers coach.

"It's getting them to go on the right track, period. You're trying to teach them what's going on in the real world," Jones explained.

Jones says one day, he'd like to coach in the NFL. But his future may not be only with football. His goal is to be in a comedy.

For now, he'll stick to football and coaching, and help students learn from his successes.

"I asked those kids to pick my brain," Jones explained. "I've traveled, and I've seen and done a lot. I try to guide them and tell them, 'You may not make it to the league, but when you get out, you have to pay the mortgage.'"