Jacksonville Shooting Victims: What we know about those shot, killed at Jackson Landing 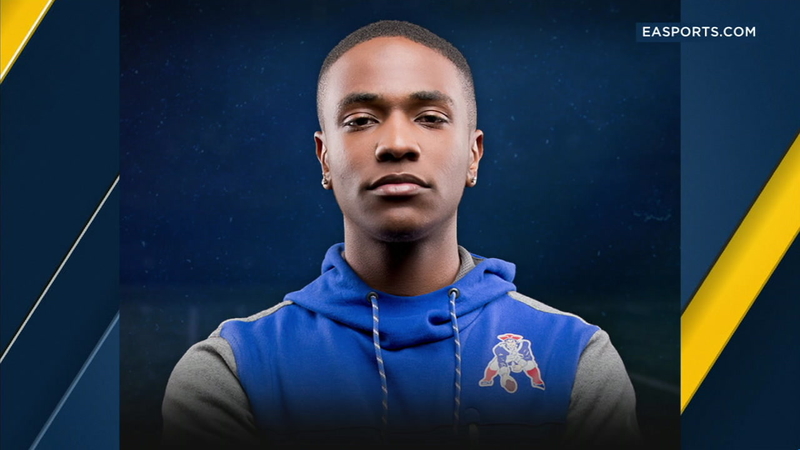 JACKSONVILLE, Florida -- Authorities have released the names of two men killed in a shooting rampage at a video game tournament in Florida.

The family of Elijah "Trueboy" Clayton spoke outside the Jacksonville Sheriff's Office Police Memorial Building Monday. Elijah's cousin Brandi Pettijohn read a statement on behalf of the family, reading from her handwritten notebook, as Elijah's parents; stepparents, aunt, and cousins solemnly stood behind her.

Pettijohn told reporters the family is devastated by yet another senseless act of gun violence and shared the sentiment with many others they never thought this would happen.

Clayton was loved by many and had many siblings. He was a "good man" who "didn't believe in violence" and had never even had a fistfight. He loved football and had mastered Madden - making a good living for himself and saving his earnings to go to college to further his education, Pettijohn said.

Clayton was a Calabasas High School football player. The school tweeted Clayton's picture and said "Our hearts are broken as we learned that former Calabasas Football player @True__818 (Elijah Clayton) was senselessly murdered today during the mass shooting in Florida. We send our love, condolences, and deepest sense of sorrow to Elijah's Family and Friends."

Our hearts are broken as we learned that former Calabasas Football player @True__818 (Elijah Clayton) was senselessly murdered today during the mass shooting in Florida. We send our love, condolences, and deepest sense of sorrow to Elijah's Family and Friends pic.twitter.com/xhdQ8TLg0d

On EA Sports' website, Clayton is said to be consistently one of the best in competitive Madden.

Pettijohn choked up with tears, sharing that her cousin now has to bury her firstborn and it's "just as terrible as it sounds." The family has forever been changed - and there's a hole that will never be filled, Pettijohn said.

The family has asked for privacy. No funeral arrangements have been made.

The family thanked everyone from the city of Jacksonville, the mayor, the gamer community, the hotels in Jacksonville for housing them, and down to the flight attendants on the exact flight their family flew to be there: American 2279.

Holly Robertson, the wife of Taylor Robertson, confirmed her husband's death to ABC News earlier Monday. No further details were made available by the family other than a photo.

The shooting took place at a sanctioned "Madden NFL 19" competition, according to video game company Electronic Arts, which produces the Madden franchise. First responders were called to the scene at GLHF Game Bar in Jacksonville Landing, an outdoor mall complex on the St. Johns River, at 1:34 p.m. local time, and officers arrived on the scene within two minutes.

Lucy Yang has the latest developments on a shooting at a Madden tournament in Jacksonville, Florida.

Authorities believe 24-year-old David Katz of Baltimore is the suspect in the shooting. The suspect, who Sheriff Mike Williams said used a single firearm, died of a self-inflicted gunshot wound.

Nine other people suffered gunshot wounds and two were injured escaping the attack.

Sujeil Lopez, mother of gamer Timothy Anselimo or "Larry Legend," held a press conference at UF Health Monday. He is currently undergoing surgery on his right hand. He was shot three times - one bullet grazed his head, one bullet went thru his chest and lodged under his underarm, and the other went through his thumb and middle finger on his right hand.

She revealed that Anselimo's younger half-brother was watching the live stream of the tournament when the shooting started. He immediately called his brother. He didn't answer the first call, but picked up when he called again. He told his brother he had been shot and to tell his mother he loved her before the line went dead.

She also said that an employee at a nearby Hooters restaurant brought Anselimo to safety and locked him inside the restaurant until help arrived.

Lopez said she allowed her son to play video games while they were living in Brooklyn to keep him out of trouble in the streets.

"If your child is playing 15 hours of video games and is doing good in school, he could be doing a whole lot worse," she said. "Let them play."

Two people from Chicago described their escape from the deadly shooting Sunday.

"Everyone running for their lives, people were being trampled, people were hiding, everybody was screaming in fear," said Marquis Williams, a pro gamer from Chicago.

Williams and Taylor Poindexter were at a video game tournament in Jacksonville Sunday when shots rang out. A livestream of the competition captured part of the shooting.

RELATED: Who is David Katz? What we know about the Jacksonville Madden shooting suspect

Poindexter was among those hurt. She sprained her ankle trying to escape.
"My ankle was out and we made it around the corner for safety, so thank God we were able to do that," she said.