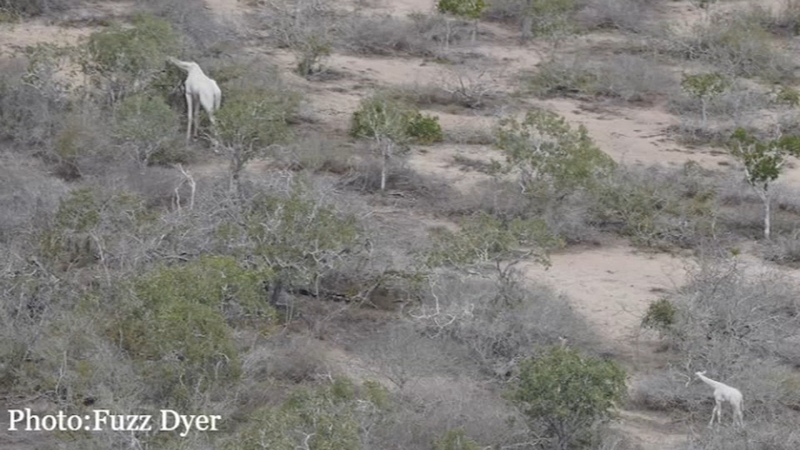 NAIROBI, Kenya -- A white mother giraffe and her calf were killed by poachers in Kenya, officials said.

The mother and her calf had not been seen for a while, so the Kenya Wildlife Service was called in.

On Tuesday, the Ishaqbini Hirola Convservancy said they found the skeletal remains of the two giraffes that lived at the Kenyan wildlife sanctuary. Officials said the giraffes had been at the location for at least four months.

"This is a very sad day for the community of Ijara and Kenya as a whole," said Mohammed Ahmednoor, manager of the reserve in Garissa County, Kenya, in a news release. "We are the only community in the world who are custodians of the white giraffe."

Ahmednoor described the killing as "a blow to tremendous steps taken by the community," and will serve as a "wake-up call" for steps to up conservation efforts.

The Kenya Wildlife Service said they were the only three white giraffes left in the world.

According to the conservancy, the white giraffes are not considered to be albino, rather, they have a condition known as leucism which gives the giraffe's their white hide.