Some insurance companies are offering food reimbursement after winter storm 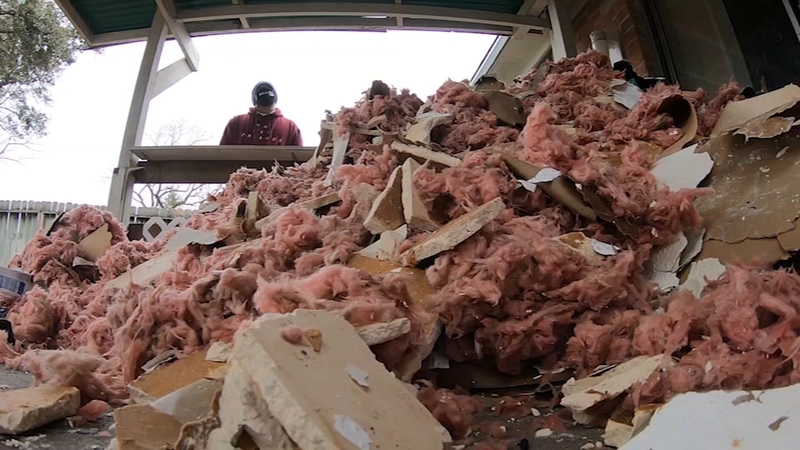 HOUSTON, Texas (KTRK) -- We have seen the pictures and videos showing severe damage to thousands of Texas homes and apartments after frozen pipes busted open during a powerful winter storm.

"Because, those are pressurized lines," said president of Wardell Insurance Group Joe Wardell. "You'll end up with a sprinkler system basically going off in your home."

Wardell said you'll need to act fast once you're allowed to be safely back inside your home.

SEE ALSO: 'AOC' among other US representatives that toured Houston storm damage

He advises you start the process by taking pictures of the damage and file a claim as soon as possible.

Also, he said you can begin the clean up on your own, but make sure to keep samples of the materials you rip out.

"Save a sample of it," said Wardell. "A sample of carpet that was pulled up, a sample of the padding underneath the carpet. If you have hardwoods save a plank. Basically, you just need to show the adjuster what was damaged. That just speeds the whole claims process up."

He suggested making lists of everything that was damaged, from bedding and clothes to electronics and kitchen appliances.

There are multiple claims Wardell said you can file. Most carriers will also offer a food reimbursement claim for power outages, some giving out up to $500.

And if you can't live in your home, some insurance agencies will cover expenses for a temporary move, called Loss of Use or Additional Living Expense.

"If your home is uninhabitable, you can go stay somewhere else, and the insurance company will pay the additional living expense," said Wardell.

Bottom line, he said, get your claims in fast because these adjusters will be increasingly busy once claims start being submitted.