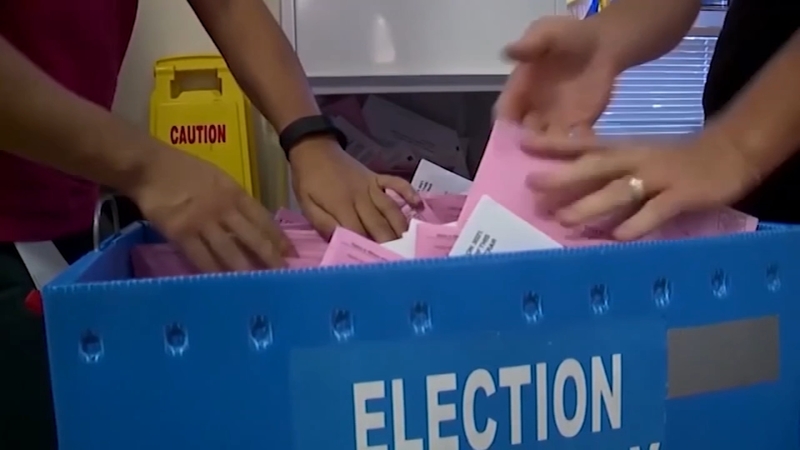 HARRIS COUNTY, Texas (KTRK) -- Mail-in ballots are being rejected across Texas, including Harris County, and that number is on the rise.

Election officials say this is largely due to confusion about what information is required under the new Senate Bill 1.

"We just want everyone to get to participate even though this is short notice and a short turnaround time in terms of being educated about the new process," explained Dr. Annie Johnson-Benifield, the President of the League of Women Voters of Houston.

SB1 went into effect in December, which made it illegal for county elections administrators to send out applications for mail-in ballots, so now, you have to request one.

Under the new law, there are also more rules when it comes to identification requirements for voting by mail and this is where a lot of the confusion is happening.

"It's very strict. If what you give us doesn't match with what we have on file. You gave us the driver's license, but we have social security, we have to reject it even if both of those numbers are true and correct," explained Longoria.

Election administrators across the state are having to reject hundreds of Texans' ballots because of the mismatch between what is on the application and what the state has on file.

Since the start of the year in Harris County, the elections administrator has had to reject 482 out of 1,373, or about 35% of applications for mail-in ballots.

Of the 482 rejected ballots, 309 of them were missing required information and 173 of them had mismatched information compared to what the state has on file.

"The biggest problem we are seeing is people just not including a number. They are saying, 'We worry so much about scammers or spammers, etc. We don't like to put our sensitive information out there,' but unfortunately, there's no way around it," said Longoria.

The best way to make sure your application does not get rejected is to include both your driver's license number and your social security number even though the form only asks for one of them.

"Start now, start early, make sure you are including that information because there's still time to get it right because we're seeing that red flag and warning folks right now," said Longoria.

If you want to vote by mail in the upcoming March primary, your application for a mail-in ballot must be received by Feb. 18.

"Please do not get discouraged, call, reach out to a civic organization, get information so you can fill it out," said Benifield.