Inside the treatment that is helping a boy who nearly drowned 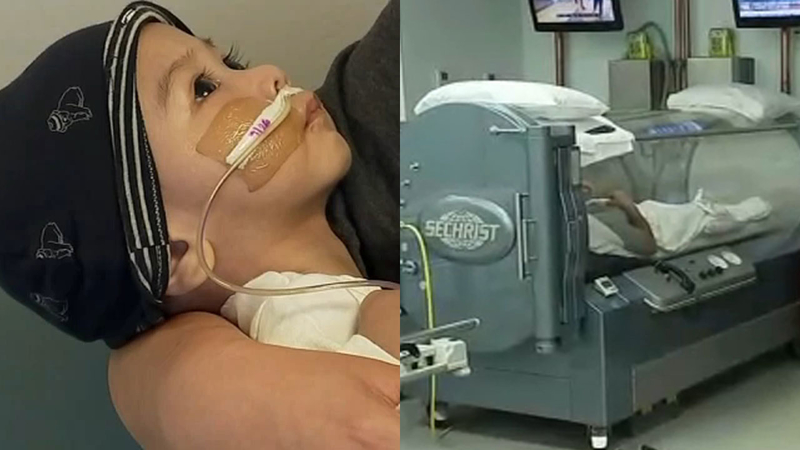 NEW ORLEANS, Louisiana (KTRK) -- Inside a small, indistinct building on the side of a busy street just south of New Orleans, small miracles are happening.

"We had one child, 90 minutes after he was pulled out of the pool, we had him in a chamber, and he went home from the hospital four days later and went back to school within six weeks," said Dr. Paul Harch.

For 35 years, Harch has been treating children and adults with varying degrees and types of injuries with a simple recipe of oxygen, air and pressure.

"It is a drug therapy, but like no other drug, and it has two components to it. One is the oxygen, increased oxygen, and the other is increased pressure," said Harch.

Harch says hyperbaric oxygen therapy, also known as HBOT, has been around for hundreds of years but the medical community didn't know how it worked.

"My generation of doctors was taught that this was non-scientific," said Harch.

Harch says HBOT was largely used to help divers recover from decompression sickness until the last decade, when he says they've been able to establish it as a gene activating therapy.

"What's now been shown is that hyperbaric treatment turns on or turns off over 40 percent of the genes in every cell in our body," Harch said.

Dylan Kim's family believes he wouldn't have survived a near drowning at their Sugar Land home without hyperbaric oxygen therapy.

"He has had an almost immediate change in his improvement curve to where he started blinking, moving his eyes, some facial expression. His tone decreased and he relaxed," said Harch.

"So we're stopping the inflammatory process or inhibiting it and stimulating tissue growth," said Harch.

Through his work Harch's HBOT practice is slowly making waves and proving to be an alternative medicine.

"It's becoming more acknowledged that this is effective for a wide range of conditions," said Harch.