Miracle babies: Meet the children born in the middle of Hurricane Harvey

HOUSTON, Texas (KTRK) -- "As soon as the rain started, my contractions started."

"When my water broke and the contractions started, everything that happened outside was not a concern."

Moms Connie Sotelo and Erica Allen recall the day they went into labor during one of the worst storms to hit Texas.

Sotelo wasn't due until a week later, but the contractions were in full force and so was Hurricane Harvey.

A family member asked for help on social media and like many other rescue requests, hers got the attention of Harris County Sheriff Ed Gonzalez.

Gonzalez tweeted, "If any of our partners is near and can assist, have a pregnant woman going into labor at 7026 Angelo."

If any of our partners is near and can assist, have a pregnant woman going into labor at 7026 Angelo cc: @cohoustonfire. #Harvey

Sotelo was able to get into an ambulance on their way to St. Joseph's, the only hospital in the area taking patients.

"As we were driving, I was like 'he's coming out' and there he was," Sotelo said.

They didn't make it to the hospital. Sotelo gave birth to Graeson Kane around 3:15 a.m. on Aug. 27 in the ambulance, on the side of a flooded street on the north side of Houston.

As the Houston area is battered by unprecedented rainfall and flooding, there have been a couple peeks of sunshine in the midst of the devastating hurricane turned tropical storm. Here's a look at a few of the beautiful babies that were born during the historic Harvey that are now providing hope to Houston residents.

The next day, around the same area where Sotelo gave birth, Allen was dealing with a similar situation at their home.

She said her mother kept calling 911 because she was concerned about her daughter and the rising water in their neighborhood.

"They knew who I was when I said my name. They said your mom already called. We told her the water was high and she just wanted me to get out," Allen said.

"I was in labor for hours. It seemed like an eternity," Allen said.

A lot of time had passed until they were finally able to get someone to pick her up.

The rain started coming down harder and they had to walk out to the truck in waist deep water. When she finally arrived to St. Joseph's, she had to go through an emergency C-section because the baby's heart rate was dropping.

But everything went well, and little Tony was born just before 10 a.m. on Aug. 28. This was Allen's first baby, and she never thought he'd be entering the world like this.

"We've been going strong ever since then. It's like nothing can stop us or break us down," Allen said.

Sotelo and Allen they're blessed that their boys were brought into this world safely, because it could have been worse. Fortunately, neither family lost power and Sotelo's home suffered only minor roof damage.

Allen said Tony is a super chill baby, and she's surprised considering how he entered the world. She said he loves falling asleep to the storm option on the baby sound machine.

Sotelo has four other boys, but Graeson will always have a special place in her heart.

"He's my sunshine during any storm," Sotelo said.

And in case you're wondering, they never even considered naming their child Harvey.

Allen and Sotelo were just two of many women who gave birth during Harvey.

Jessica Maness photographed several Houston-area babies who were born in the midst of the historic flooding and documented their experiences in her blog "Born of the Waters." 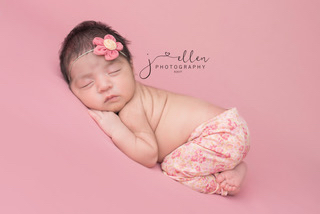 Marissa Aguirre gave birth to Aviana Navayah on Aug. 29 after evacuating to her grandparents' house in Temple.

"Ankle deep water consumed my house. My pregnancy had been high risk and I knew I was having high blood pressure. I desperately needed to get to the hospital but rising water made nearly all the roads impassable. That evening the water was almost to my knees and I knew I had to get to the hospital. My parents and I made the terrifying trip to my grandparents' home in Temple. It was dark and we encountered one road closure after another," she wrote. Read more of Aviana's story here.

Aguirre said that Aviana has grown to be very energetic, lovable and silly, and she hopes her daughter will understand one day what measures parents will take to assure their child's safety.

The family is throwing a fiesta-themed party for Aviana's first birthday and are planning to go back to Temple to visit the hospital staff who helped her through the labor. 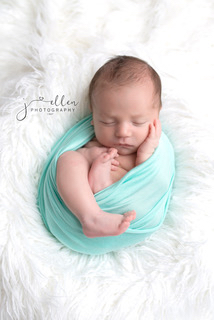 "My delivery was beautiful and our family came together to welcome our new addition. On Saturday, my husband left the hospital to prepare for work and my sister-in-law came to stay with me. That night, Houston was pummeled with a relentless downpour of heavy rain. Sunday, August 27, the morning nurses notified us the hospital was on lockdown due to severe flooding. Back home, our house was without power. I was relieved to hear we had not flooded, but it was still raining! On Monday, I was ready to be released. Our power was back on at home and we were all eager to be together again. It took my husband hours to navigate the high water to reach the hospital. Just as we were packing to leave, we received notice that our power was out again at home. We stayed at the hospital for another night. On Tuesday my husband was able to access a generator that powered our entire house. It was such a blessing!" Read more of Wyatt's story here.