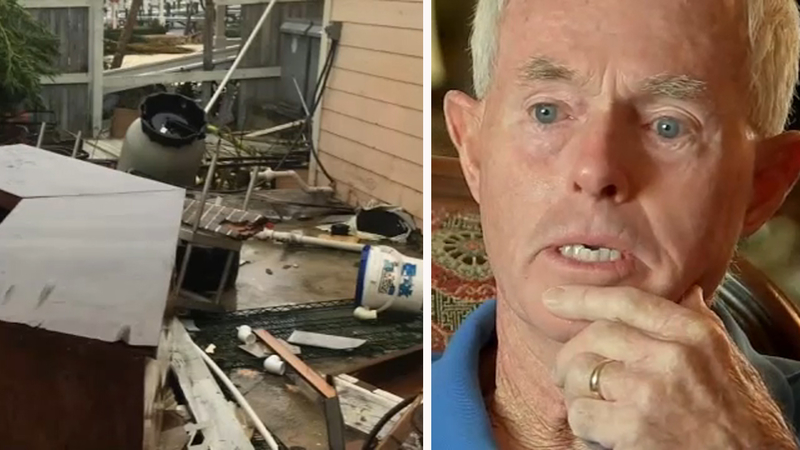 HOUSTON, Texas (KTRK) -- A Houston man survived Hurricane Dorian riding out the storm in a small room for days.

John Oldner described the harrowing ordeal in an interview with Eyewitness News. He said he befriended storm chaser Jim Edds on the way to Elbow Cay in the Bahamas' Abaco Islands.

Oldner traveled to the area to secure his 48 foot sailboat named Tenacious. He said he can hear Dorian's voracious winds.

"What you hear is if you're on the back end of a 737 jet, the roar was tremendous," said Oldner. "Respect Mother Nature. If anybody says that they can withstand a category 3 storm, I would tell you that I would not even contemplate it."