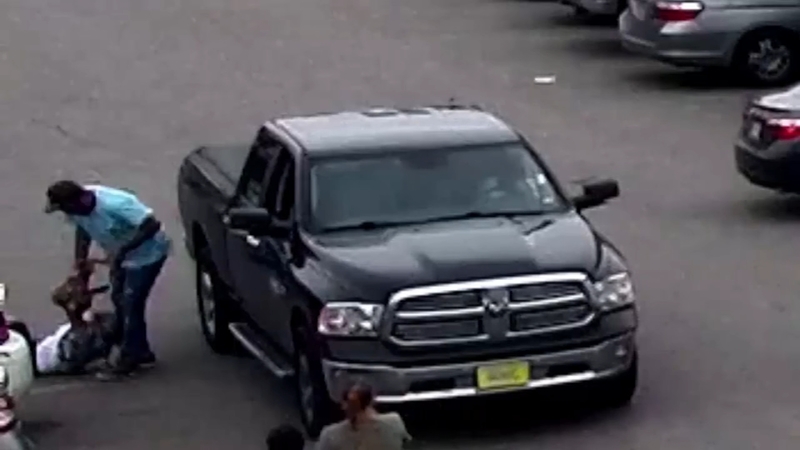 HOUSTON, Texas (KTRK) -- Houston police are asking for the public's help in finding the suspects accused of robbing an elderly woman.

The woman says she was loading groceries into her vehicle when a truck pulled up behind her and a man jumped out, asking her for directions. During that time, the suspect grabbed the victim's purse and dragged her a short distance on the ground until he was able to snatch her bag free.

The suspect then left in the passenger seat of a Ram 1500 truck.

One of the suspects is described as a Hispanic man, between 25 and 28 years old. Police say he's about 5 feet 1 inch tall and weighs about 170 pounds. He was wearing a light blue shirt and black pants.

The second suspect, who is believed to be the driver, is described only as a Hispanic man.