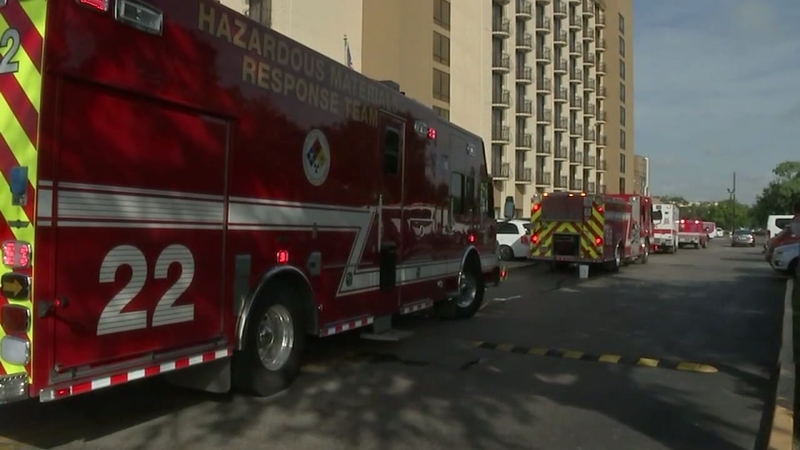 Houston police tell ABC13 they were called to the Crowne Plaza Hotel on 9090 Southwest Freeway near Commerce Park Drive around 6 a.m. because a hotel guest who appeared to be drunk was in the lobby and refused to leave.

The man was gone when officers arrived.

When officers checked the man's hotel room, they found 50 to 100 pills in a plastic bag.

An officer was exposted to an unknown narcotic.

"When the officer put the baggie in the patrol car, he started feeling ill, shortness of breath and feeling dizzy, and he was not getting better, he was getting worse and worse," said HPD Asst. Chief Wendy Baimbridge.

The officer then gave himself a dose of Narcan.

Narcan is an antidote used to reverse opioid overdoses. But that single dose was not enough.

"Another officer administered Narcan as well, and he immediately started getting better at that point," said Baimbridge.


The officer was taken to Memorial Hermann Southwest Hospital. He has since been released.

HPD does not know if the chemical was Fentanyl, a powerful opioid that can be fatal if you're exposed to it.

Firefighters took no chances and treated the scene as a chemical spill.

HFD has given the hotel specific instructions on how to clean the room in question.

Police say field tests for Fentanyl are unreliable, so they are testing the pills at a lab. It could take days to determine if the drug was Fentanyl or something else.

An officer was exposed to an unknown drug at a scene in southwest Houston.