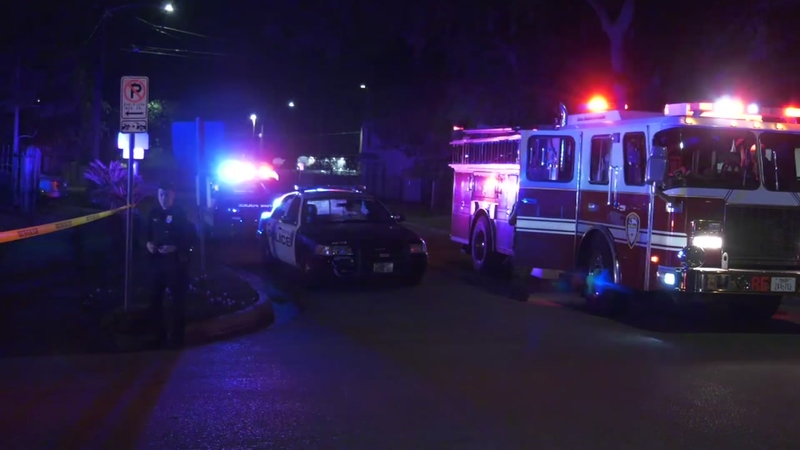 HOUSTON, Texas (KTRK) -- Houston police say an off-duty sergeant shot a suspect trying to break into the front door of his home in a neighborhood in the Third Ward.

Authorities say the sergeant heard banging on the front door of his home around midnight, so he grabbed his gun and went to check what was going on.

We're told the sergeant lives in the home with his elderly parents and aunt.

Police say he went to the front door and asked the suspect, 36-year-old Patrick Jenkins, who he was and what he wanted, but Jenkins continued to bang on the door, eventually breaking the glass.

Jenkins was taken to Ben Taub Hospital. He is expected to survive. The sergeant was not injured.

"The sergeant is shaken, as can be expected when you are involved in something like this, but we have our support team here for him and his family," said HPD Chief Art Acevedo.

The sergeant is a 39-year veteran of the force. Two investigations are underway. The first investigation is looking into the attempted break-in, while the second one is a probe into the officer's actions.

He will be on administrative leave until that investigation is complete.

Jeff Ehling is on the scene where police say an off-duty officer shot a suspect at his home.

A burglary of a habitation charge is pending against Jenkins.