BUYER BEWARE: How to avoid buying a flooded vehicle 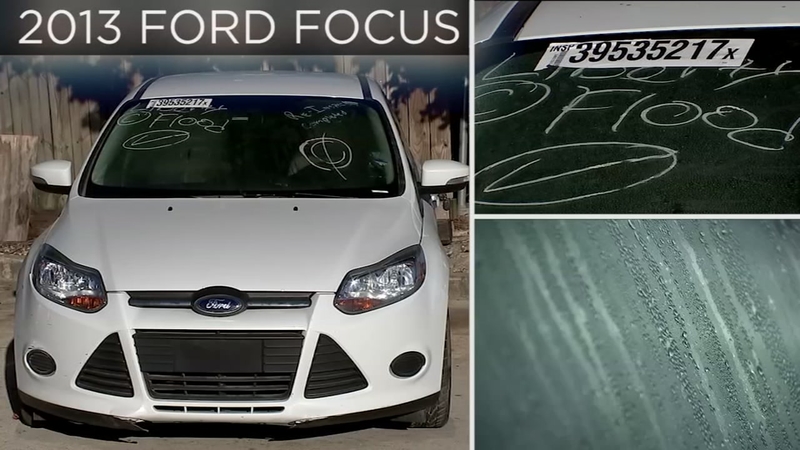 BUYER BEWARE: How to avoid buying a flooded car

HOUSTON (KTRK) -- Are you in the market for a used car? Experts warn that a number of Harvey flooded automobiles could end up back on Houston's highways.

If you don't know what to look for, you may end up buying one. To demonstrate how consumers are fooled, we teamed up with Carfax and challenged a local car detailer to bring a flooded vehicle back to life.

"This was the biggest challenge probably in my 35 year career," Jim Eberle, owner of Splish Splash Car Wash in Webster, told us.

We brought him a 2013 Ford Focus which flooded up to its roofline during Harvey. It was purchased by Carfax from a local auction. We asked Eberle's team to clean the car and demonstrate how a fully detailed flooded vehicle could fool consumers.

According to the Insurance Council of Texas, nearly 300,000 vehicles were affected during Harvey. Unfortunately, a number of those may end up back on the road after unscrupulous dealers sell them to unsuspecting consumers. Chris Basso with Carfax says these flooded vehicles literally rot from the inside out.

"It essentially turns a used car into a ticking time bomb. It even compromises safety systems of the car like your air bags, and your anti-lock brakes," Basso said.

Before purchasing any used vehicle, a Carfax could show potential flood history.

Basso said "We can alert consumers on the Carfax report, or for free at carfax.com/flood"

So how much work actually goes into cleaning a flooded vehicle?

"We have to dismantle the car. Everything from the seats, the trim, the carpet. We spent 18 hours on that car," Eberle explained.

However, we told him to leave a few areas untouched for the next part of our challenge. We invited car expert and service manager Anthony Alfano from Texas Auto to see if he could identify our flooded car, when compared with two others that didn't flood.

"I could see where somebody did not know what to look for, could easily be fooled by a car that's been cleaned up and put on the lot," Alfano told us.

Buying a car after Harvey? You need to see this
EMBED More News Videos

Buyer Beware: Tips to prevent you from buying a flooded vehicle

After thoroughly inspecting all three, he was able to identify the Ford Focus that flooded.

"Inside the fuse panel, we've got obvious debris. Corrosion on the fuses themselves," Alfano said.

Inside the car and under the dash were more signs of flooding.

"Rust and corrosion. There's already some of that starting to set in underneath the dash where the steering shaft goes through the firewall," Alfano said.

One more thing to keep in mind: Consumers have the right to get a vehicle professionally checked out before buying it. The typical cost for an inspection is around $100.

BEFORE YOU BUY: Telltale signs of a flooded vehicle
EMBED More News Videos

Here's what you want to look for when looking over a used vehicle for purchase: