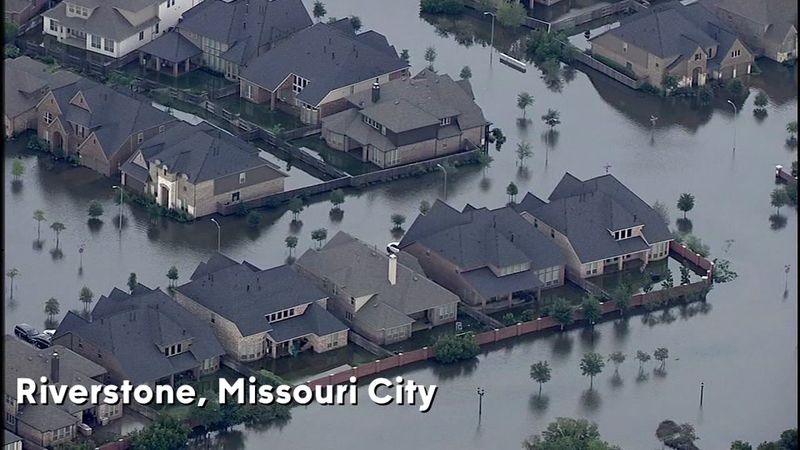 HOUSTON, Texas -- Homeowners in the city of Houston have until 5 p.m. today to apply for federal aid set aside for reimbursing repairs for damage sustained in Hurricane Harvey.

The deadline remains in place despite an attempt by U.S. Rep. Lizzie Fletcher, D-Houston, to seek another one-year extension. The deadline was previously extended a year from Dec. 31, 2019.

"Unfortunately, many residents have yet to receive any reimbursement for these authorized home repair expenses. The jurisdictional dispute and resulting confusion about the process has left many people who are eligible to recover without the means to submit and follow-up on their applications," Fletcher wrote in a Dec. 11 letter to the U.S. Department of Housing and Urban Development, which oversees the grant program at the federal level.

The city of Houston's homeowner assistance program has been mired in a contentious court battle over whether the Texas General Land Office could intervene and oversee some aspects of the program, including home rebuilding. The case, which made it to a state appeals court, is on hold as the GLO and the city of Houston are working on an agreement, according to court filings.

Houston is suing the Texas General Land Office and asking a judge to prevent the state agency from taking billions of dollars in disaster relief funds.

"Folks in Houston just need to know, get the application submitted. It doesn't guarantee eligibility, but if they don't get an application in, they can't be considered," GLO spokesperson Brittany Eck said.

Eck said that while the GLO facilitates application compliance with federal guidelines, because Houston received a direct allocation of aid from HUD, it is charged with ensuring eligible homeowners apply. The city was allocated up to $18.5 million toward reimbursements, and GLO allocated an additional $10 million in December.

As of Dec. 21, the city of Houston has had 114 homeowner reimbursement applications processed with about $2 million in aid disbursed, according to figures provided by the GLO.

The GLO managed the same program across 48 counties, distributing $85 million in reimbursements to close to 3,000 applicants. Likewise, Harris County managed its process for residents outside Houston city limits, doling out $50 million, Eck said.

The Houston application form is available at recovery.houstontx.gov/hoap.

A Harvey storm victim in northeast Houston moved into his newly-built home after the Texas General Land Office announced its new program.

The Texas General Land Office is moving forward with plans to take over parts of Houston's Harvey recovery program as the city helps just 80 residents.