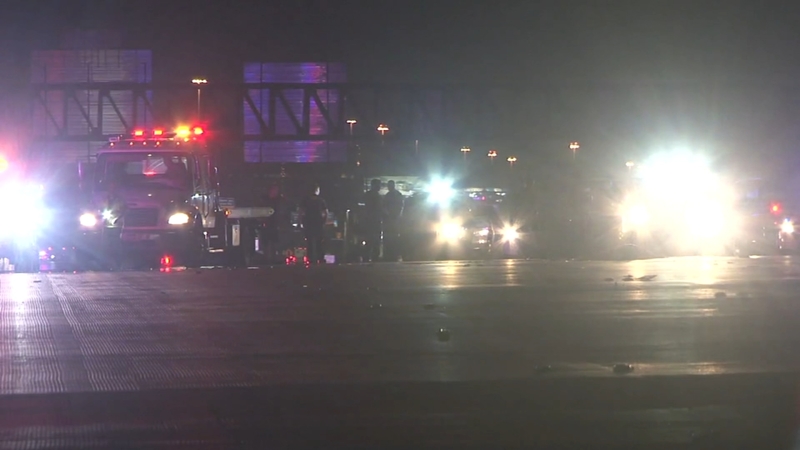 HOUSTON, Texas (KTRK) -- Charges have been filed against a man who police said drove away from the scene of a deadly motorcycle crash Thursday morning on Highway 290.

Cahleb Shane Moser, 45, appeared in court overnight on one count of felony intoxication manslaughter and one count of failure to stop and render aid at the scene of an accident in connection with the crash.

Moser is accused of taking off after crashing into a red Hingfu moped with his white F-150 in the westbound lanes of the highway.

Moser was eventually arrested. Houston police are crediting a good Samaritan with helping them catch Moser. The good Samaritan reportedly followed Moser's truck until he was detained off Louetta Road. Police said Moser showed signs of intoxication and was taken into custody without incident.

The motorcycle rider, identified as Carl Justin Bumgarner, 38, died at the scene, according to Houston police.

Moser was already out on bond in connection with a previous DWI arrest from June, according to court records.

Charges have been filed against the suspect who fled the scene of a fatal motorcycle crash overnight on Highway 290.