Up to 17 vehicles involved in crash on icy Magnolia road 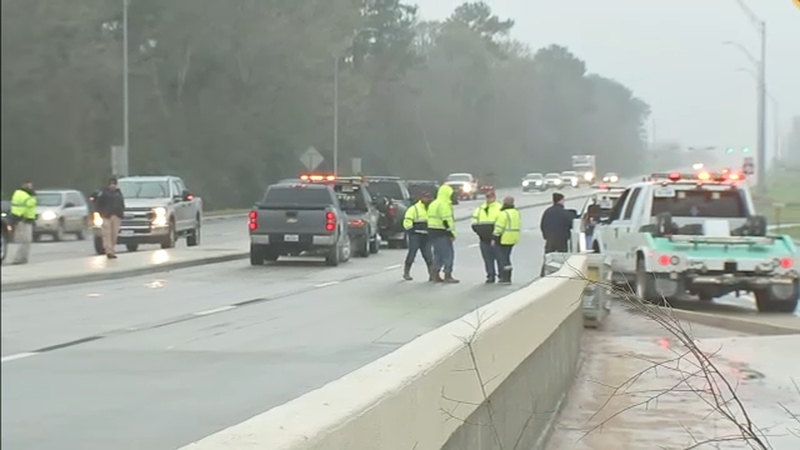 High school student on Magnolia crash: 'I got scared'

MAGNOLIA, Texas (KTRK) -- A crash involving multiple vehicles may have been due to winter precipitation Friday morning on a Montgomery County overpass.

Anywhere from 10 to 17 vehicles were stuck on the overpass for more than an hour as crews worked to clear the crashes, according to ABC13's Charly Edsitty, who was on the scene. Magnolia police initially counted 13 vehicles were involved.

There were no serious injuries reported.

A high school sophomore was one of several involved in the Friday morning pileup on a Montgomery County overpass as a thin sheet of ice made traveling nearly impossible.

The incident happened as temperatures hovered around the freezing mark Friday morning as light rain fell in the area and a number of roads in the region were glazed over with ice.

Viewers also reported bridges on US-290 in Waller County were slick early Friday morning, and some cars had lost control along the freeway. There were no reports of major damage or injuries.