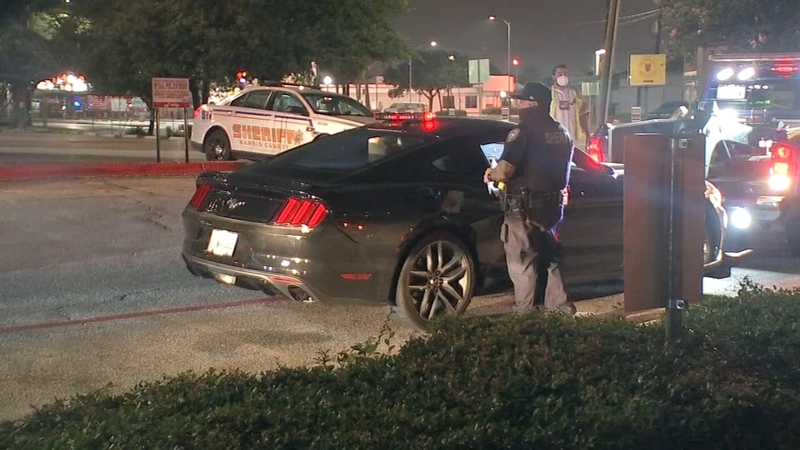 HOUSTON, Texas (KTRK) -- Two unlicensed teens are in custody after a chase that hit speeds of 147 miles per hour, deputies say.

A deputy tried to pull over the Mustang for speeding on the North Freeway, but the driver took off.

One of our cameras recorded dash cam video at West Road and Ella around 1:30 a.m.

In the video above, you can see the black Mustang zoom by with deputies chasing after.

The chase lasted for about 30 minutes as the teens drove up and down I-45 and then onto the Southwest Freeway, eventually surrendering near Shepherd.

Police say no one was hurt and surprisingly, the teens did not hit anyone, despite clocking in at speeds around 120 to 140 miles per hour during most of the chase.