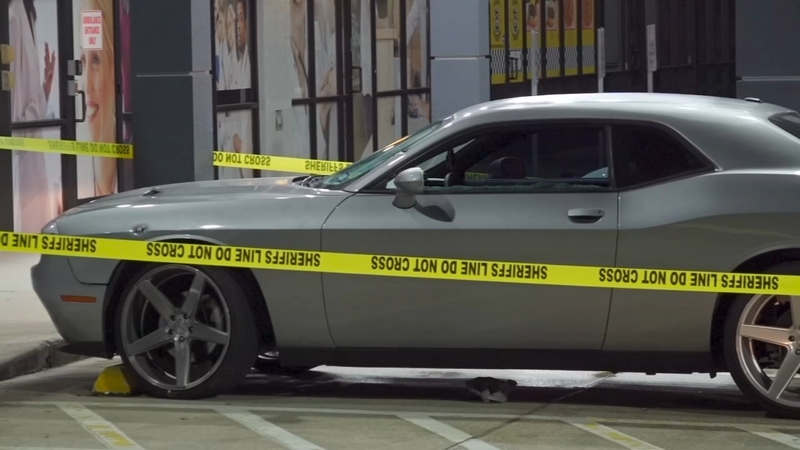 Three men were injured in a shoutout in the parking lot of an apartment complex at 3918 Atascocita Road Feb. 12

HOUSTON, Texas (KTRK) -- Harris County said they are looking for a man wanted in connection with a deadly shootout at an apartment complex in northeast Harris County.

At about 12:40 a.m. Saturday, deputies responded to shots fired in the parking lot of an apartment complex in the 3900 block of Atascocita Road. At the scene, authorities found a man with gunshot wounds in a silver Chrysler 300 that was wrecked in the parking lot, according to a tweet by Harris County Sheriff Ed Gonzalez.


Authorities said the man was taken to the hospital, where he was pronounced dead.

According to deputies, two men were meeting in the parking lot of the complex for a drug deal. At some point in the exchange, a shootout occurred between the two men and both were wounded.

The second suspect drove himself to an Urgent Care Facility with a gunshot wound. He was then transported to a hospital in stable condition, according to Gonzalez.
A third male fled the scene on foot before deputies arrived, investigators say.


The HCSO Homicide and Crime Scene Units are conducting the investigation.

Anyone with information is asked to call the Harris County Sheriff's Office Homicide Unit at 713-274-9100 or Crime Stoppers.

Overnight, Pct 4 units responded to the parking lot of an apt complex at 3918 Atascocita Rd, in reference to multiple shots being fired. Deputies arrived to find a silver, Chrysler 300, crashed into cars in the parking lot. An adult male was inside the car with a gunshot (1/3) pic.twitter.com/zqmOOTDnmQ