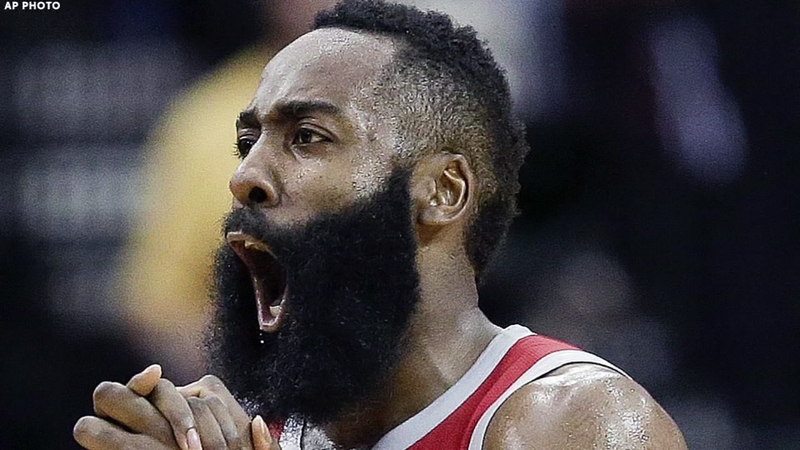 HOUSTON, Texas (KTRK) -- Beyond James Harden's step-back travel controversy, the Houston Rockets rode the momentum of their now five-game winning streak Wednesday night, exploding for 26 made three-pointers - an NBA single-game record - in their victory over the Washington Wizards.

Eight different players made shots from beyond the arc to lift Houston to a 136-118 win.

Harden led all scorers with 35 points. He also drained 6-of-11 threes.

Chris Paul contributed 28 points and Eric Gordon added 16. Off the bench, Gerald Green scored all 12 of his points from three.

Houston broke the previous record set by the Cleveland Cavaliers in the 2016-2017 season.

The game began as a homecoming for Trevor Ariza, who spent five seasons over two stints in Houston. Ariza signed with Phoenix in the offseason, but was traded last week to Washington.

Ariza scored 15 points for the Wizards.

Another Wizard who made his return to Houston was Sam Dekker, who was drafted by the Rockets in 2015. In addition, Washington head coach Scott Brooks played with Houston from 1992 to 1995.

Houston (16-14) will look for its sixth straight win Thursday in a road matchup vs. the Miami Heat.

TWENTY SIX! The #Rockets just broke the NBA record for most three-point field goals made in a NBA game!

5 straight WINS for the squad! 🚀 pic.twitter.com/CxpqXOsqUI