Party like it's 1994? Look back at the Rockets' first NBA Championship 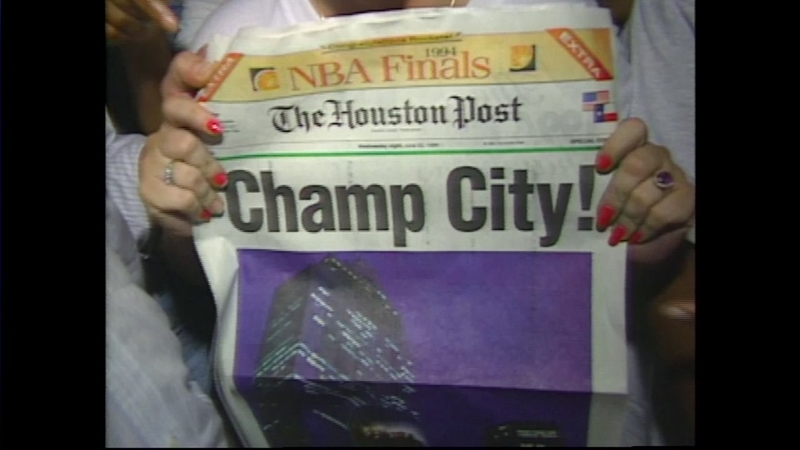 More than two decades later, fans are still savoring the Rockets' first NBA championship in 1994. The Rockets win over the New York Knicks would start a trend in Clutch City, with the Olajuwon-led Rockets doing the unthinkable: back-to-back titles.

For most Houstonians, the past seasons have been mixed with a little of nostalgia. The burning sensation of wanting to celebrate another Rockets championship always seems to come to a dismal end.

So, what was life like in Houston when the franchise won its first NBA championship?

For starters, the Rockets played in The Summit -- there was no Toyota Center. In 1994, there was no NRG Stadium, no Minute Maid Park, no BBVA Compass Stadium and no Houston Texans. The Oilers were Houston's football team and played in the Astrodome.

What else was different?

Maybe, just maybe, we'll have the chance to remember Houston in 2017 after another Rockets championship.