HPD to train officers to bump suspect cars in chases 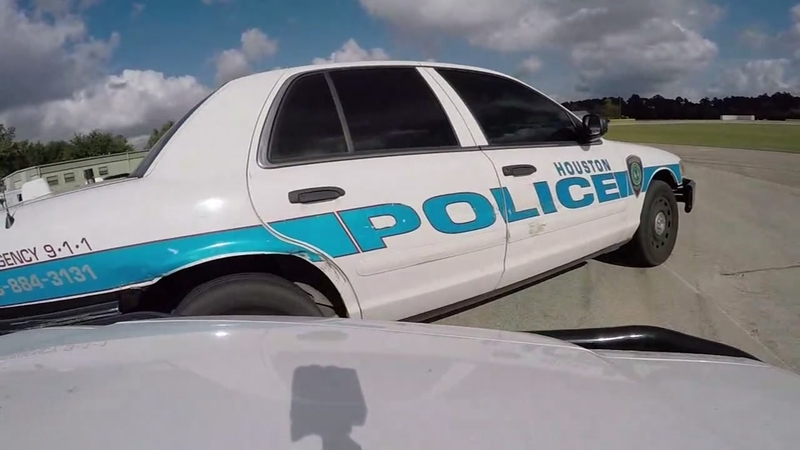 HOUSTON, Texas (KTRK) -- Houston Police Chief Art Acevedo announced that officers will be allowed to use their patrol vehicles to immobilize fleeing vehicles.

This morning, Acevedo and other top HPD commanders demonstrated the new procedures at the department's training academy on Aldine Westfield.

Chief Acevedo stated at the press conference that he wanted to make Houston one of the safest big cities in the country.

Acevedo said officers will be trained to bump or nudge fleeing vehicles at low speeds, to cause the vehicle to spin out. This technique is referred to as the "pit" maneuver.

Pursuit intervention is a technique used to gently tap a suspect's vehicle during a chase while the vehicle is at a specific speed.

The procedure is supposed to enhance the safety of the residents, officers and suspects.

SEE ALSO: Look back at some Houston area chases that stood out

"Suspects are the only ones to blame for injuries in 99 percent of chases," Chief Acevedo said. "I believe suspects who cause death during chases should be charged with murder."

From January 1, 2012, to October 31, 2017, HPD has engaged in 4,831 pursuits, with 30 percent ending in crashes and 6.8 percent ending in injuries, according to reports. There's an average of 5 fatalities a year.
"I want the community to know your lives matter. Officers lives matter. That's why we are starting the pit," said Acevedo.

Each class will be 10 hours and officers will only be certified once they are proficient in the maneuver, according to the HPD's technique trainer.

HPD trainers say they will tap the rear of vehicles to make them lose control and push suspect drivers off the road.

Supervisors will recommend which officers they want trained. Rookies will not be trained until they prove that they're good decision makers and drivers.

" Next month, the first officers should be on the street trained. This is our Christmas present to the city of Houston," said Acevedo. "For criminals, this is Scrooge."