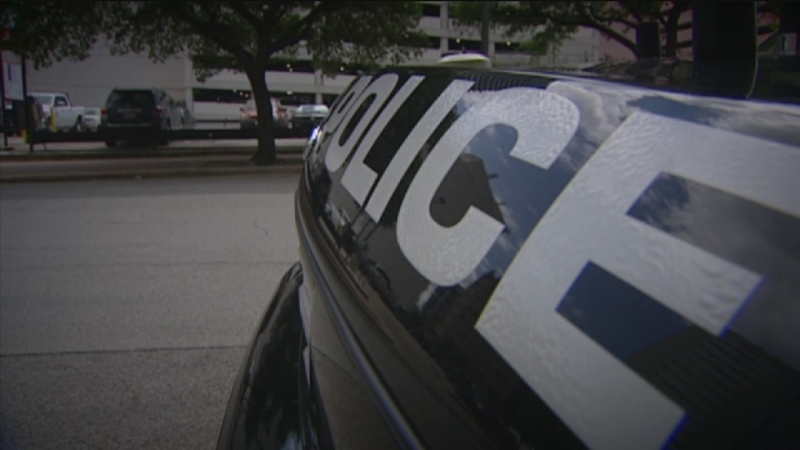 How many HPD crimes go unsolved?

HOUSTON (KTRK) -- If your car is stolen in Houston, chances are the crime is ever solved are very low. That's according to newly released Houston Police Department crime clearance rates.

In fact, auto theft is the least-solved crime by HPD. The department released data going back to 2009. (SEE PAGES 15-17 OF HPD STAFFING REPORT)

Burglary is just as bad, as Margaret Galvan knows first-hand.

"I would at least give it 3 to 4 months at the most, but nothing," Galvan, a single mother of 4, told Eyewitness News.

Burglars stole TVs, video games, clothes and a computer from her home back in 2012 and the case remains open. She is one of thousands of burglary victims in Houston who never get justice. In fact, over the last five years, HPD has solved just 8 percent of burglaries, and the clearance rate has gotten worse, dropping lower every year since 2010. According to HPD's data, there's a burglary every 22 minutes. That's 65 every day, but only five of them will ever be solved.

It's even worse for people whose cars are stolen. Just 6 percent of those crimes are solved. That means just two cases cleared of the 36 cars stolen every day in Houston.

"It doesn't happen when you have limited resources," says Ray Hunt, President of the Houston Police Officer's Union.

He says the low clearance rates for crimes that affect more people throughout our city are the direct result of staffing and he says HPD needs at least 1,500 more officers.

"We just don't have the manpower to put that many boots on the ground for every type of crime so we have to put our resources on the most serious offenses." Added Hunt.

Last year HPD did clear more murders (76 percent) and rapes (44 percent) than the national average. Aggravated assaults (52 percent) and robberies (21 percent) were below.

In response to the data, HPD sent this statement:

"The Houston Police Department addresses investigations with the resources available. It is impossible for an agency as large as HPD to investigate every single incident reported. While we recognize it is not acceptable for anyone to be the victim of any crime, crimes are prioritized with those against people being addressed first and property crimes being addressed by solvability factors. Every single reported crime is reviewed by a supervisor and triaged. A determination is then made based on evidence and solvability factors."
Related topics:
houstonhouston police departmentunsolved crime
Copyright © 2021 KTRK-TV. All Rights Reserved.
TOP STORIES
6 people shot across Houston area in span of 6 hours overnight
Harris County sergeant sexually assaulted by inmate: sheriff's office
Navy Seaman killed at Pearl Harbor to be buried in Texas hometown
Woman tests positive for omicron variant in NW Harris County
Cooling off overnight, even stronger cold front this weekend
Teen beat by 'people who were supposed to be friends,' family says
HPD investigating shooting that injured 2 teens in NW Houston
Show More
11-year-old girl shot while sleeping risks losing partial vision
Biden to warn Putin of economic pain if he invades Ukraine
Man gets life sentence for 2019 shooting death of HPD sergeant
Man accused of shooting wife to death in NW Harris Co., deputies say
62-year-old man hit and killed by HPD vehicle during chase identified
More TOP STORIES News