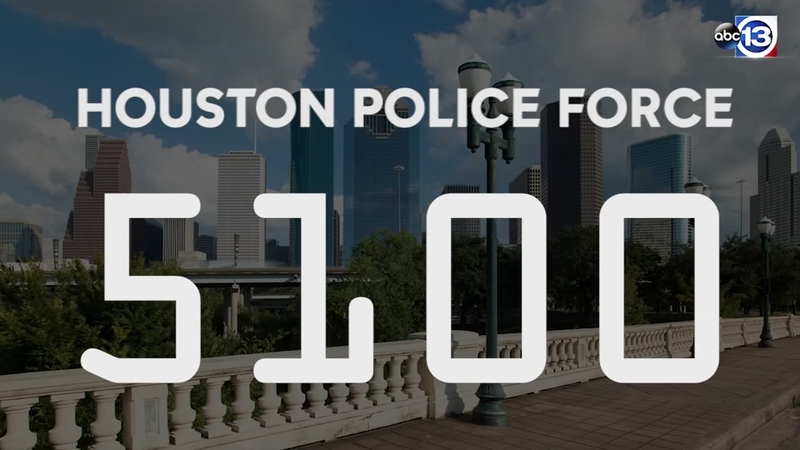 HOUSTON, Texas (KTRK) -- It is good news and bad news from the Houston Police Department when it comes to the city's 2017 crime statistics.

The chief said the city is on the right track in a lot of ways despite having to do more with less.

Murder in Houston is down, but rape and aggravated assault are both up

Acevedo was critical of Governor Greg Abbott for proposing revenue caps for cities. He says the city is operating with 2,000 fewer officers than it should.

Chief Acevedo said when looking at murders it is important to understand the victim's criminal history as well as the suspect's.

In the city's 269 murders, 73 percent of the victims had a criminal history.

Non-violent crime was down more than 4 percent in 2017.

Houston saw an increase of sexual assaults in 2017. These violent attacks increased by more than 12 percent, up to 1,378 rapes.

Aggravated assaults were also up by nearly 14 percent.

The chief praised the department for its response time to life threatening 911 calls but said call time got slower for what he referred to as "quality of life" calls.

Acevedo apologized for not being able to respond to calls like noise complaints and burglaries faster. He went back to his call for more officers and more finances to increase the size of the force.

Eyewitness News reporter Tom Abrahams had some tough questions for Chief Acevedo at Monday's news conference and will have more tonight at 4 p.m. on ABC13.