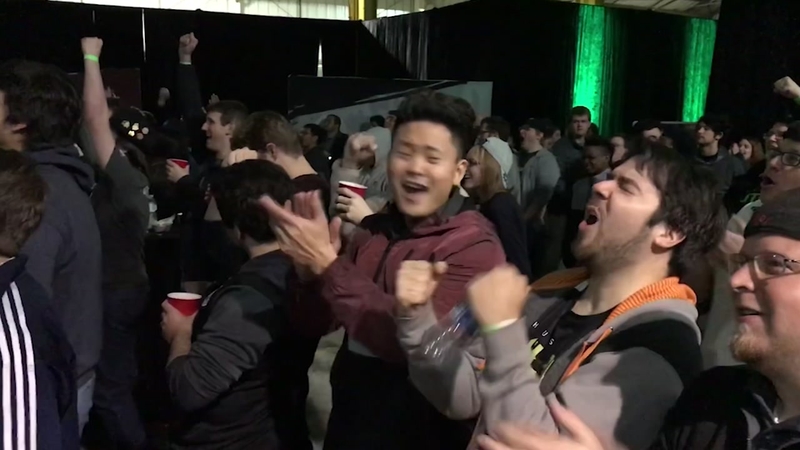 Despite the dipping temperatures and rain storms, Houston showed up at The Cannon ready to chant, cheer and support the team. Organizers put together a viewing party in nine days, and weren't sure what to expect.

"We were hoping maybe 50 or 100 people were going to show up. The official attendance was over 600," said Chris Buckner of Mainline, one of the event's organizers.

Mainline's Keith Landry said, "We weren't sure what it was going to be like, but the city of Houston showed up in a big way and we're just so excited to see the community this engaged in Esports."

While the Outlaws held their own for most of the game, they eventually fell 2-3 to the Fusion. Their next game is Saturday, January 13 against the New York Excelsior at 3 p.m. There is no word yet of a viewing party but you can watch the game live on Twitch.tv.