Man dead after shooting his wife and then himself inside doctor's office in west Houston, police say 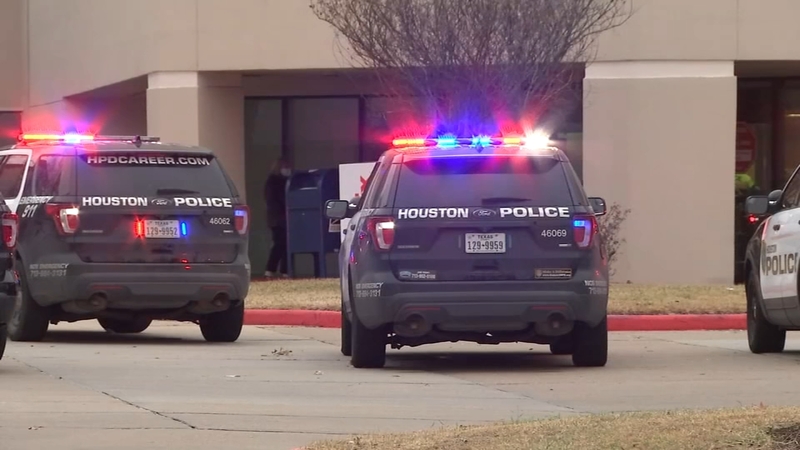 Man shoots wife, then himself in doctor's office, police say

HOUSTON, Texas (KTRK) -- Houston police are investigating a shooting they call a tragic case of domestic violence that took place inside a doctor's office at a medical facility in the 12100 block of Richmond Avenue.

The call came into Houston police at about 3 p.m. Monday. Police told ABC13 that a man walked in and reportedly shot his wife, then turned the gun on himself.

Officers said the woman is expected to recover, but her husband died as a result of his injuries.

An eyewitness told police the man appeared agitated and made a threat to a bystander just before shooting his wife. "I"m going to kill you. I want you to die."

When his wife tried to get away, police said her husband shot her twice before turning the gun on himself.

Security guards quickly cleared staff and patients out of the rest of the building during the shooting.

"I think it's tragic," said assistant police Chief Wendy Bambridge. "Fifty percent of our aggravated assault incidents in Houston right now, and really across the nation if you're looking at these numbers, they're domestic violence related."

Police have battled growing domestic violence since the start of the pandemic. Houston police have pointed out at least a 30% growth increase.

The names of the shooter and victim have not been released.