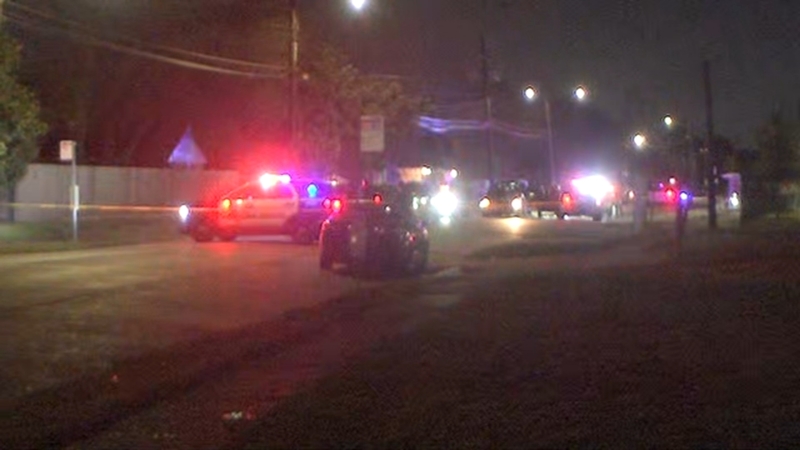 HOUSTON, Texas (KTRK) -- Two children have been hospitalized after police said they were shot in southeast Houston.

On Monday, Houston police said officers were called out to a shooting in progress the 5900 block of Selinsky Road at about 7 p.m.

Both kids, who police said are brothers, were taken to Texas Children's Hospital, where they are stable and expected to survive.

A third person, a man, was found to have been shot in the hand at a separate location.

HPD Commanders and PIO en route to 5900 Selinsky Road following reports of shots fired & two juveniles struck about 7pm. The juveniles have been transported to an area hospital and 2 suspects have been detained. No other info #HouNews pic.twitter.com/zT9YjWijae

At least one person has been detained, but police said they are questioning multiple people.

"We are very heartbroken. We are saddened that these incidents have to happen, especially to children. Innocent children," Houston Police Assistant Chief Patricia Cantu said. "It's very chaotic. We have multiple people we are talking to."

At this time, the cause of the shooting is still unknown as police said they are still investigating and asking for anyone who has information to come forward.